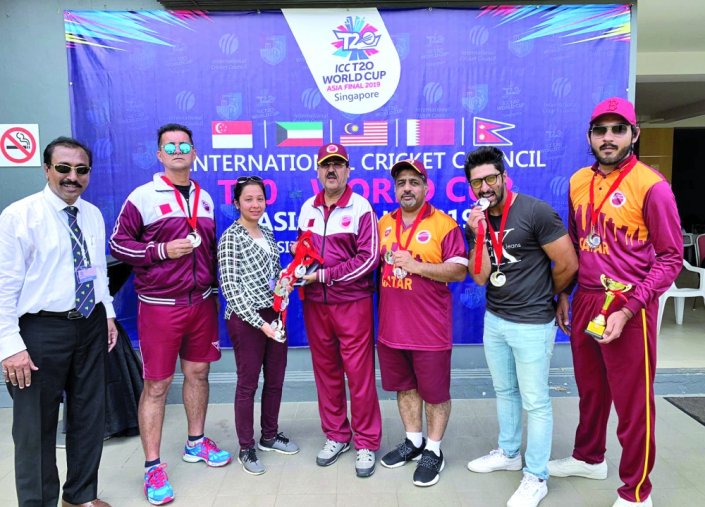 Doha, 29 July 2019 - The Qatar Cricket Association (QCA) is getting ready to stage the country’s first T10 League before the end of the year, it was announced yesterday.

The League will see six teams battling it out for honours at the Asia Town Stadium, located in Industrial Area.

“We’re delighted to announce that the QCA is going to host the professional T10 league at the Asia Town Stadium in Industrial Area this year. The ICC has given its recognition to the league. I have had a meeting with Pakistan’s cricket star Shahid Afridi who has happily agreed to become the brand ambassador,” Al Kuwari said.

“The initial plan is to have four to six teams in the first year. We’ll try to get eight foreign players. They may not be necessarily active, but they have to be known and experienced players. Also there will be three local players ones and when they will play with and against these stars, we hope this will help us in general pushing cricket here to next level,” Al Kuwari said.

When asked about the dates of the tournament, he said: “We’re talking to different boards so that we can have a suitable window for our league towards the end of the year. From time to time, we’ll keep people informed about the progress.”

The QCA President also said that they are eager to make the new League a big success.

“We have to attract major sponsors and TV channels like beIN and Alkass as well. We know that if we succeed, it will be watched by millions of fans around the world,” Al Kuwari said.

“There is a lot of talent available at different levels – senior, under-19 and under-16. I feel the T10 league would offer the sport a new fillip. I didn’t know that the expatriates from India, Pakistan, Sri Lanka, Bangladesh and Nepal have such a huge passion for it,” he said.

“It was amazing to see them come out and play early morning even when they have just one off day. Whether they are labourers or doctors, all gather wherever they find space and start playing. I really appreciate their passion and now I know why the parents from these subcontinent nations allow their kids to play cricket. They grow up watching the sport so that has made the game so big there,” Al Kuwari said.

“Right now, we can’t compare our standard with theirs but our senior team has been playing well. They had an unfortunate loss against Singapore in the ICC T20 World Cup Asia Regional Final but they were able to beat Nepal, which was a remarkable effort. Nepal is ranked much higher than us but we were still able to beat them. Two matches are still left and we’ve a good chance to qualify,” Al Kuwari said.

The QCA President said QCA knows hard remains in front of his team before staging the tournament.

“It was even quite tough to get the ICC clearance for our T10 plan but Qatar has a big reputation of hosting successful international sporting events. So that made it easy for us to get the ICC nod,” he said.

“But that was just one of the challenges that we face for our T10 league. There is a lot of work to do, especially in the first year. We’re just working hard to ensure its success. If we can host the league in a big way in the first year, lot of things will be easy for next editions. So it is very significant for us to leave a good impression,” Al Kuwari said.

T20 cricket is getting huge popularity across the world and a number of leagues are played every year.