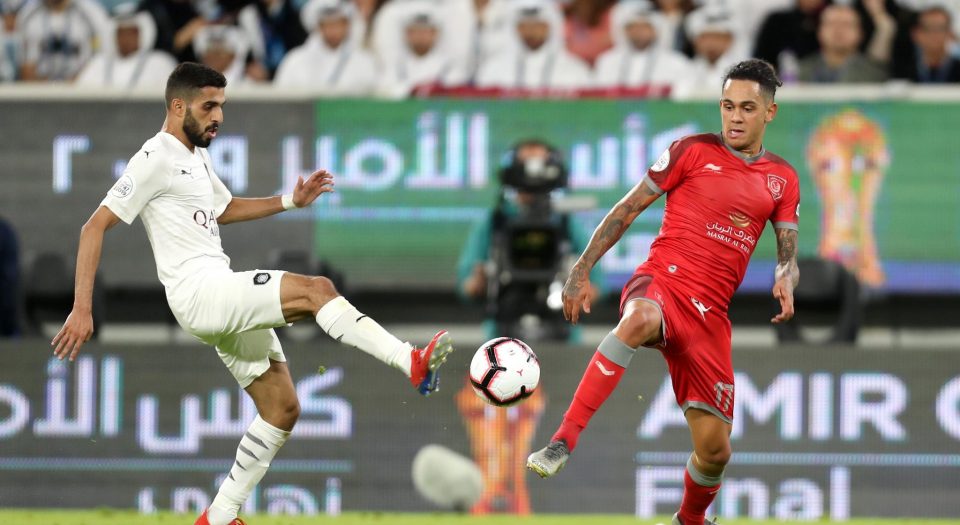 Doha, 6 August 2019 - After contesting a two-horse race in the QNB Stars League and going head-to-head in the Amir Cup final, giants Al Duhail and Al Sadd take their rivalry to the continental stage as they face-off in the AFC Champions League last 16 first leg match today. The much-anticipated contest will be played at the recently-inaugurated Al Janoub stadium at 7pm.
Al Sadd sealed the league title with a seven-point margin over runners-up Al Duhail, while the latter stormed to a 4-1 victory over their rivals to lift the Amir Cup trophy.
Both sides had reached the 2018 AFC Champions League knock-out stages, before being eliminated by eventual finalists Persepolis, who defeated Duhail in the quarter-finals and Sadd in the semi-finals.
For Sadd, this will be their sixth knock-out stage appearance, more than any other Qatari side. They were the last West Asian side to lift the AFC Champions League trophy back in 2011. Since then, they have reached the last 16, quarter-finals and semi-finals once each.
South Korean playmaker Nam Tae-hee swapped Duhail for Sadd over the summer and will make his debut against his former team today. And there will be a battle of the brothers as Sadd’s Akram Afif takes on his older sibling Ali Afif of Duhail.
But the focus will be on a certain Xavi. After being the club’s top scorer in the group stage, Spanish legend Xavi announced his retirement at the end of last season and will now lead from the dugout as he replaces Jesualdo Ferreira at the helm. Coincidentally, his first competitive match as a coach is against the same side he played his last as a player back in May.
Domestically, Xavi picked up a number of trophies before skippering the side to their first Qatar Stars League title in six years last season. Three more goals in the 2019 AFC Champions League group stage were proof Xavi was still going strong but, at 39, the Spaniard decided it was time to hang up his boots.
There will be plenty of intrigue as to whether one of the greatest players of his generation will develop into one of the finest managers.
While describing the opportunity to coach Sadd as “huge”, Xavi had earlier this month admitted that he is aware of the expectations from the fans and was confident he could deliver. “Everyone expects a lot from me and I am used to it, playing under pressure. I played for many years at Barcelona under this kind of pressure; it’s a normal thing for me. This is the life that I am used to; having to compete. If I had not lived this kind of life, I would have been missing something important. I am very happy, here at Al Sadd; we are the best in Qatar and we are here to win. We may play under pressure but we are the best team,” he said.
On facing Duhail, he had said: “Al Duhail are one of the best teams, not just in Doha, but in the Middle East. We know them well and my last game against them was in the Amir Cup final. In football, there are always opportunities to make amends and we now have a big challenge ahead of us, in the AFC Champions League and in the Super Cup. We will be ready to compete. We don’t know what will happen but we will compete.”
Unlike last year when they won nine in a row, Al Duhail’s 2019 AFC Champions League campaign saw mixed performances. They only won two of their six group stage matches, but it was enough to send them through from a ‘Group of Death’ which included former Continental champions Al Hilal, Al Ain and Esteghlal.
Coach Rui Faria made two major changes to the squad over the summer; Youssef El Arabi and Shoya Nakajima, who between them scored five of the team’s 11 goals in the group stage, moved to Europe.
The prolific El Arabi joined Olympiacos and Nakajima moved to Porto, and both will be missed. However, it’s not all doom and gloom, though, as Tunisian international Youssef Msakni has returned from a loan spell in Belgium, while promising Iraqi striker Mohanad Ali is the man tasked with filling El Arabi’s boots.
Today, Duhail’s attacking threat could include Mohanad Ali, Msakni, the AFC Asian Cup 2019 top-scorer Almoez Ali and Belgian Edmilson Junior. They may have lost key personnel, but should Al Duhail click up front then they will remain a frightening prospect for opposition defences.
“Our ambitions are very high and this is our first game of the season and our preparations have started since July 1,” Faria said yesterday. “We will face one of the strongest teams in Qatar and Asia and now Sadd has a new coach in Xavi, who will bring in his new ideas and philosophy. Sadd will take time to adapt to Xavi’s method but nonetheless they will be a strong opponent over the two legs,” the Portugese manager said.

Our goal is to keep on winning, says Al Sadd coach Xavi