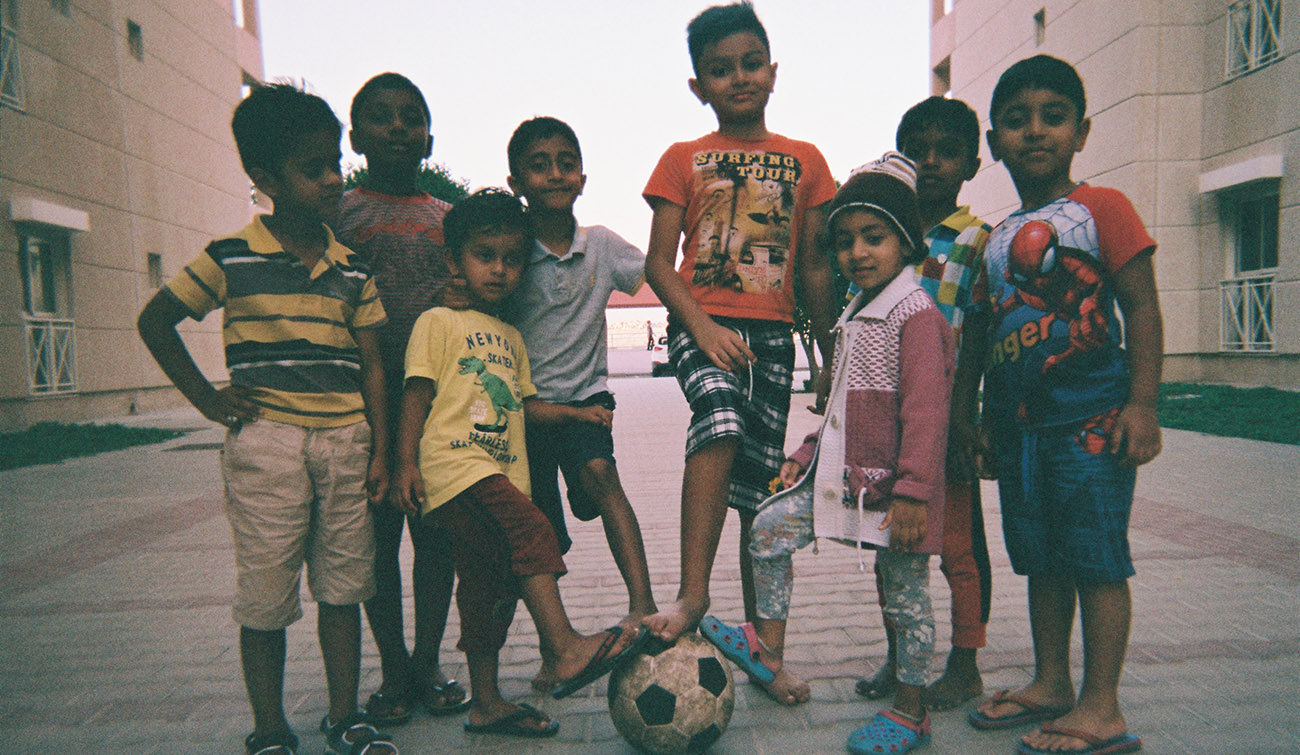 Doha, 7 August 2019 - Earlier this year the Supreme Committee for Delivery & Legacy handed out disposable cameras to more than 50 people across Qatar. The brief for each participant was simple: take photos of what football means to you.

The project was organised in collaboration with Goal Click, which is active in more than 40 countries and aims to help people around the world understand each other through football.

Our objective was to showcase Qatar's football culture and its deep-rooted passion for the beautiful game, while shining a light on the country's diversity. We also wanted to give people around the world the chance to find out more about the next FIFA World Cupä host nation.

Local photographer Hanson Joseph, who has lived in Qatar for 13 years, took part in the project and recently had three of his photos featured in the Qatar @roadto2022 Exhibition in Sao Paulo.

"My objective was to show everyone how important football is in the modern world," said Joseph, who is also a qualified football coach. "I tried my best to take meaningful photos and I'm really proud that three of them were selected for the exhibition in Brazil."

As for Joseph's favourite photo, it's the one which features children trying to get their ball back.

"I love the photo of the children trying to shake the football out of the tree as it's something that happens almost every day during childhood."

Joseph said: "This area is located opposite Barwa City, where thousands of people live. Every Friday people come here to play sport. Cricket used to dominate this area, as many of the residents are natives of India, where the sport is very popular, but over the years more and more people have started playing football."

Joseph said: "I saw the tree being shaken and wondered what was going on. For young kids playing football, part of the challenge is getting the ball back when it goes somewhere it shouldn't."

Joseph said: "At Barwa City, the kids play football everywhere. I spotted this group playing football in between the different buildings. It shows that all you need is a ball to play this sport."