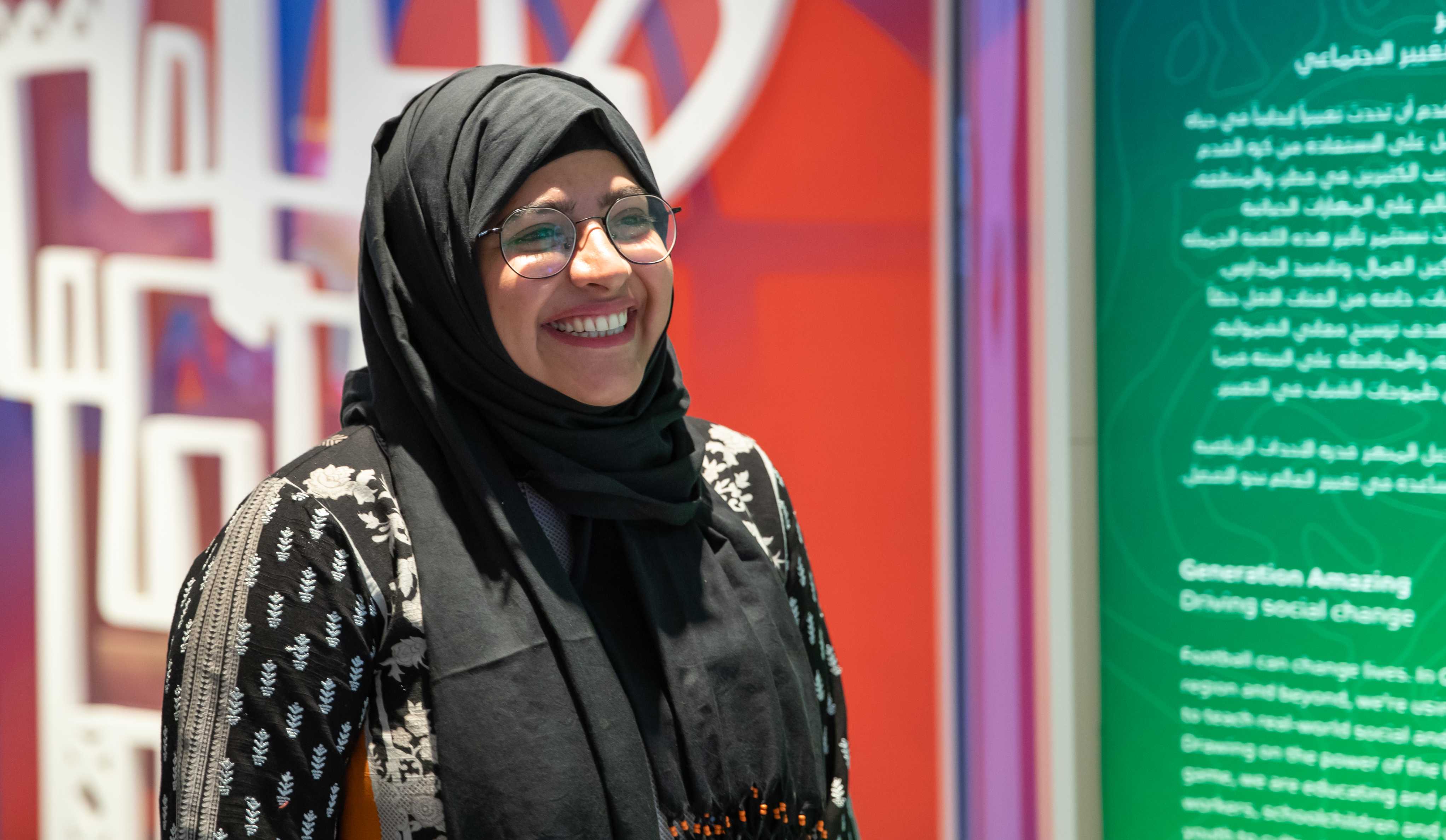 Doha, 3 September 2019 - In 2013, at the age of 19, Mahira Ahmed Miyanji founded Women Is A Nation (WIN) – a non-governmental organisation which advocates education and equal rights for girls in Pakistan. But soon after, Miyanji and her family were subjected to death threats.

Miyanji's work, which focused on getting girls back to school, had caused controversy in her home town of Lyari – a place where drugs, gang wars and bombings were a part of everyday life. And after being subjected to continuous threats, along with fearing for both her and her family's safety, Miyanji took a step back from her work.

Two years later – and thanks in part to Generation Amazing – Miyanji experienced a breakthrough. She became a field facilitator for Generation Amazing in Islamabad through local delivery partner Right to Play – and the people she met on the programme encouraged her to reignite WIN's work.

Miyanji said: "I met a group of boys through the Generation Amazing project who were youth leaders and a few of them said 'let's start WIN again'. I said I can't start it again because people are continuously threatening me – but my friends encouraged me and said 'we are behind you, we will support you'. I started my work again purely because of their help."

Restarting WIN and becoming a Generation Amazing coach helped Miyanji go from strength to strength. The once shy girl, who struggled to speak in front of a small group of people, now feels comfortable addressing a room full of UN delegates – something she did earlier this year after receiving the NPeace Award by the United Nations Development Programme for Pakistan.

"I have had so many opportunities through Generation Amazing that I am very confident now," said Miyanji. "I can speak in front of hundreds and thousands of people."

Something else Generation Amazing has provided Miyanji is a passion for football. Along with improving her technical skills, football has increased her self-belief and helped her establish new ways of engaging others in her community.

She said: "I love football now but I didn't know much about it before joining Generation Amazing. I remember hiding during the early sessions, thinking that I couldn't head or pass the ball. But after doing the training, I now know that football is a very passionate game. It engages you, it unites you. It also keeps you patient and helps you develop tolerance."

Today, Miyanji has moved WIN out of Lyari and into a safer neighbourhood in Karachi, where she can continue to empower women through not only education, but also the power of football. She is even going as far as planning to establish pitches for girls in her hometown.

For Miyanji now, the sky's the limit.