YOUMNA breaks his maiden with style at Maisons-Laffitte 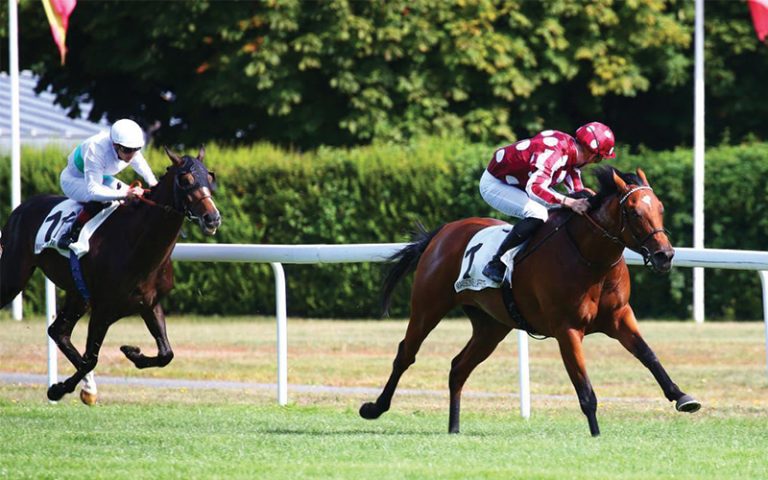 Initially held up in seventh place, the Henri Alex Pantall-trained bay colt, came to join the leaders turning into the straight.

Ridden by Pierre Charles Boudot, the son of FRENCH FIFTEEN showed a sharp acceleration to win the 2400-metre race for three-year-old maidens two and a half lengths in front of his nearest rival never challenged, demonstrating that he was never challenged.

The Stall Ullmann-owned and Jean-Pierre Carvalho-trained GUARDIAN FAY was the runner up under Maxime Guyon. The Mme Armand Humeau-owned and F Monnier-trained SERMANDAKFI completed the frame in third, a further short head behind, under FABRICE VERON.