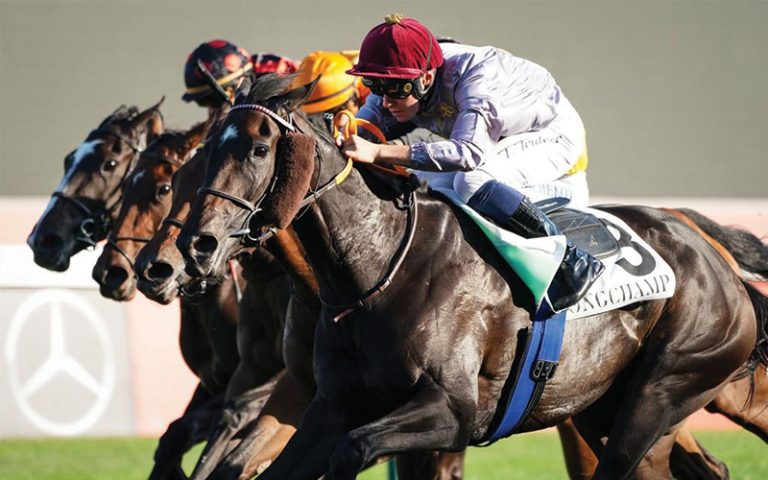 Paris, 22 September 2019 - The 3-year-old filly ABABEEL, who runs in the colours of Al Shaqab Racing, won her first race at ParisLongchamp when she landed the Prix de la Cour des for trainer Nicolas Clément Noues on Saturday 21 September 2019. This consistent bay filly has only finished out of the placings once in her seven lifetime starts. She jumped easily and sat wide just behind the leaders, a little keen in the early stages. She settled quickly and travelled well throughout. Jockey Thomas Trullier, who is an apprentice, began to ask her to make up ground coming out of the false straight and he moved her out to the centre of the track once in the closing stages. ABABEEL held on easily to pull ahead in the final furlong, winning the mile-long run handily by half a length. The Hans-georg Stih-owned and M. Rulec-trained JACKSON HOLE was second under Theo Bachelot. The Ap.Cazaux/c & S .Penot/d.Faivre-owned and S. Penot-trained DAX OTEA was further three quarters of a length behind in third under A Duporte.