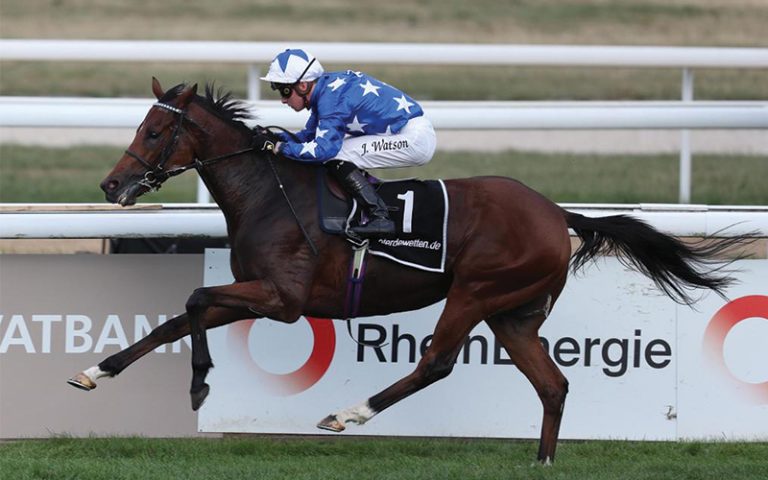 Cologne, 24 September 2019 - ASPETAR became His Highness Sheikh Mohammed bin Khalifa Al Thani’s first homebred Thoroughbred Group 1 winner when he landed the Preis von Europa (Gr1) at Cologne on Sunday 22 September 2019. Trained in England by Roger Charlton, ASPETAR won by 2 ½ lengths in this mile and a half contest at the highest level. He travelled very well throughout the race, and took the lead over two furlongs from the line, winning comfortably under an assured ride from jockey Jason Watson. The TINK Racing-owned and Markus Klug-trained Amorella was the runner-up and was ridden by Martin Seidl. The Darius Racing-owned and Henk Grewe-trained DONJAH was a futher half-length behind in third under Lukas Delozier.

This 4-year-old gelding has already won at Group 2 level in the Grand Prix de Chantilly last June. He is by Al Kazeem and is out of Bella Qatara, who also ran in the colours of His Highness Sheikh Mohammed bin Khalifa Al Thani.