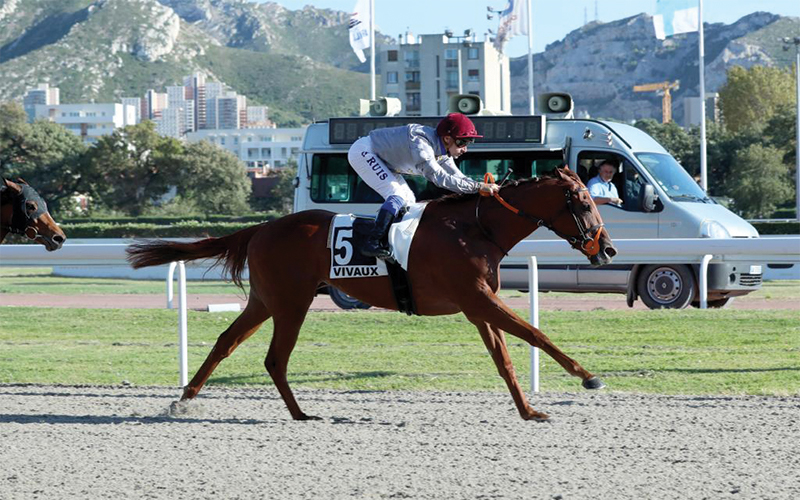 Paris, 5 October 2019 - In the colours of Al Shaqab Racing, ALWAJBA (SIYOUNI) broke her maiden on fourth time of asking when she won the Prix de la Panouse, a handicap over 1500 metres for three-year-olds at Marseille-Borely, France, on Saturday, 5 October.

The runners were quickly away on the polytrack, with ALWAJBA initially sitting mid division before coming up to take the lead in the final turn on this tightly turning track. She then pulled clear and was never challenged in the straight.

Fréderic Rossi trained chestnut filly was ridden by Sylvain Ruis. The J. Reynier-trained and Guillaume Millet-ridden AMANDA was second with one and a half lengths behind. The Mrs Theresa Marnane-trained and Jessica Marcialis-ridden SHE’S STILL MINE was further a half-length behind.

ALWAJBA was bought as a yearling at the Arqana October Yearling Sale. She is by leading French sire, SIYOUNI, and is out of the Listed winning mare CALAHORRA.