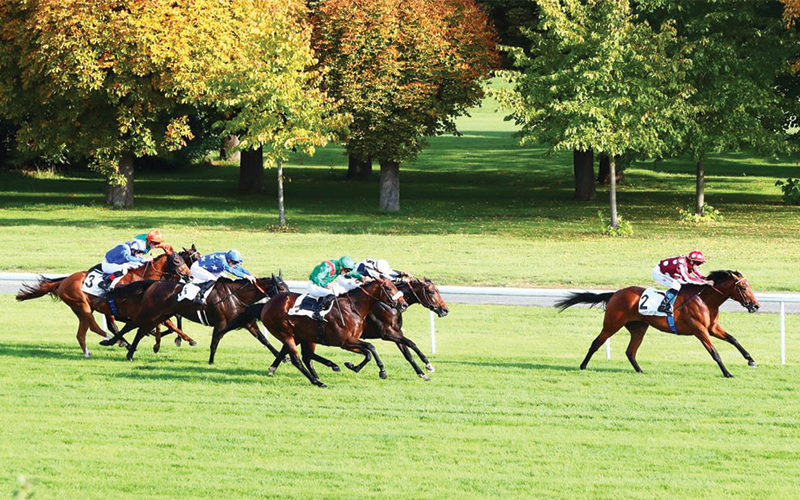 Paris, 13 October 2019 - In the colours of His Highness Sheikh Abdullah bin Khalifa Al Thani, YOUMNA (FRENCH FIFITEEN) took his second successive victory of this course and distance – the mile and a half of Maisons-Laffitte. Quickly away in this Class 2 race, the Prix De L’association Syndicale Du Parc (Prix Sanctus), YOUMNA raced just behind the leaders well positioned on the rail. Once in the straight, he waited for an opening, before cruising up to the lead by a number of lengths. He was never worried and won comfortably in front of DALIGAR by a length and a quarter.

YOUMNA is by young sire FRENCH FIFITEEN who ran himself in the colours of His Highness Sheikh Abdullah bin Khalifa Al Thani, winning the Group 1 Critérium International. He is a sire of Group 1 winner as well, with FRENCH KING (Grosser Preis von Berlin Gr.1).

YOUMNA is trained by Herni-Alex Pantall in France and was ridden her by Olivier Peslier.