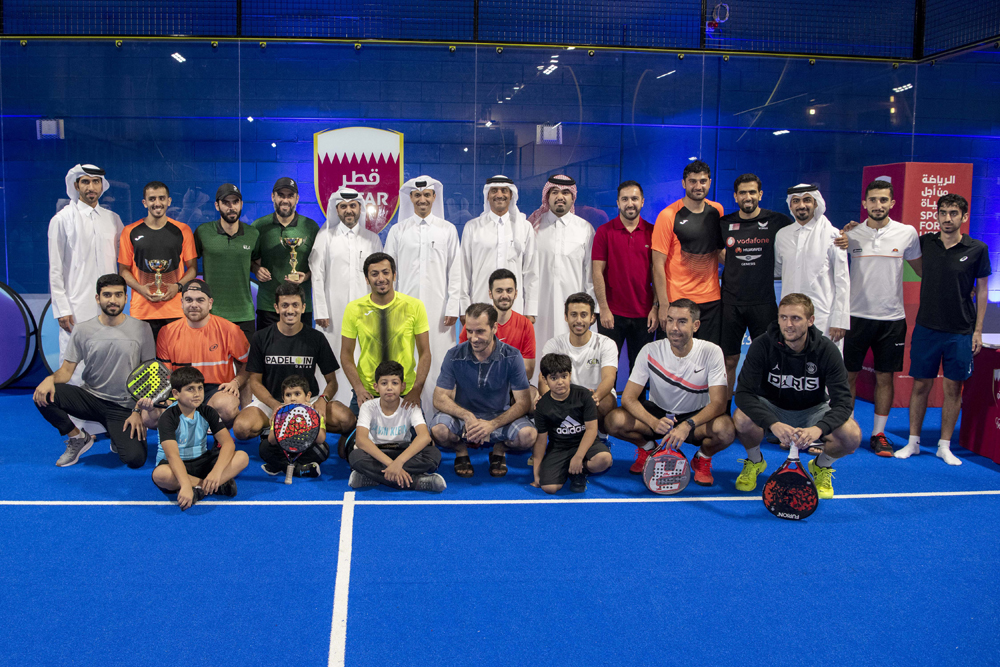 Doha, 21 October 2019 - The Qatar Olympic Committee (QOC) organized the first edition of its Padel Tournament from October 18-20, 2019 with participation of 96 players.

Director of the QOC Sport Affairs Department Mr. Khalil Al Jaber thanked the officials of the Qatar Tennis, Squash and Badminton Federation for efforts to promote Padel in the state of Qatar and stressed that the inaugural edition of the QOC Padel Tournament proved a huge success as it brought together more than 96 players.

Head of the QOC Activities and Program Support Unit Mr. Abdulaziz Ghanim said that the QOC organized the inaugural Padel Tournament in lights of its efforts to increase community engagement in sport and entertainment activities.

Padel is a four players game with the essence of tennis, when looking at the court and the elements of squash such as the walls.

Players are enclosed in an area measuring 10 by 20 metres with transparent walls and wire mesh fencing in places.