13th edition of Schools Olympic Program to begin on Monday 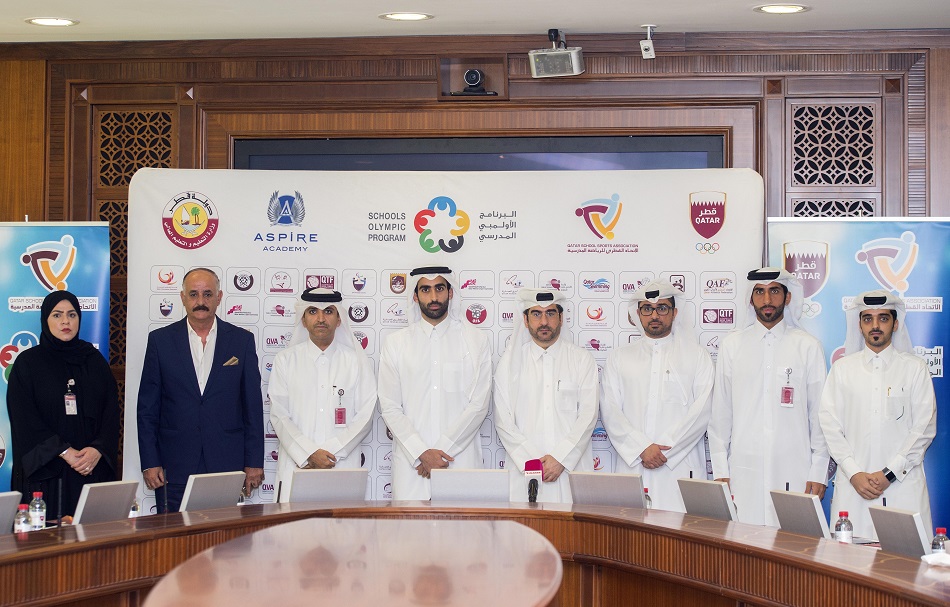 Doha, 28 October 2019 - The Organizing Committee of the 13th edition of Schools Olympic Program (SOP) has officially announced the opening ceremony of SOP which will get underway at Aspire Zone on Monday.

In his opening speech on Sunday , HE Sheikh Khalifa described SOP as one of significant and vital projects that has been supporting the sport in the country since the school year 2007-2008.

HE Sheikh Khalifa also appreciated the big efforts had been made annually by former SOP officials and staff to make the SOP a pioneer and successful sport event in the country today .

The SOP, which is a national programme that covers all the Qatari schools, will be held in the next six months.

The competition is held annually as a collaborative effort of Qatar School Sports Association (QSSA) and Ministry of Education and Higher Education.

The SOP aims to spread a culture of sports throughout the schools and engage the entire community in active and healthy lifestyles while retaining local values and traditions.

This year's events will feature students compete in 12 sports in the boys section and 13 in the girl's.

The SOP goes in line with other initiatives undertaken by Qatar as part of the Qatar National Vision 2030.