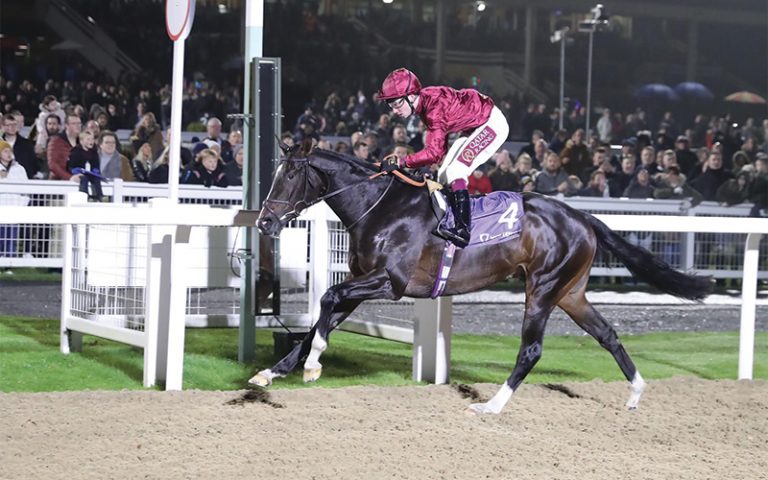 London, 3 November 2019 - The Futurity Trophy Stakes, the first ever Group 1 race to be run on the tapeta having been rescheduled due to waterlogging at Doncaster, was won by KAMEKO in the colours of Qatar Racing Limited at Newcastle, UK on Friday 1 November 2019.

This 2-year-old colt put on an impressive display, winning with carefree ease by 3 ¼ lengths in front of the three Ballydoyle pretenders, who battled to the line together in a fight for second. INNISFREE took the second place, a neck and a short head the official distances from YEAR OF THE TIGER and MOGUL.

Oisin Murphy, riding KAMEKO, sat quietly with cover near the pace, before coming smoothly to take the lead at the 2-furlong marker, securing victory then and there in just a few strides. KAMEKO came here off a second place in the Royal Lodge Stakes (Gr.2) at Newmarket, a neck behind INNISFREE.

Trainer Andrew Balding commented after the race “The Royal Lodge was probably my fault, because I had him a bit fresh and we’ve been a bit harder on him since. He is a horse who thrives on his work and racing, and I think if Oisin had ridden that race again he would have won and come here expecting to win. I was very relieved they decided to run him here and it was a proper race today. He’s a very good horse and I’m so looking forward to next season with him. We’ll see how far he stays.”

KAMEKO is by US-based sire Kitten’s Joy, who is also the sire of Qatar Racing’s Limited ill-fated Champion ROARING LION who was sadly lost earlier this year to colic. Like ROARING LION, who ran himself in this same race as a 2-year-old for an unlucky second place, KAMEKO was bought as a yearling at the Keeneland September Yearling Sale. He is out of SWEETER STILL, a Group 3 winner who is a sister to KINGBARNS, a winner of this same race previously for Coolmore.

Al Sadd cruise into quarters, to face Al Gharafa next