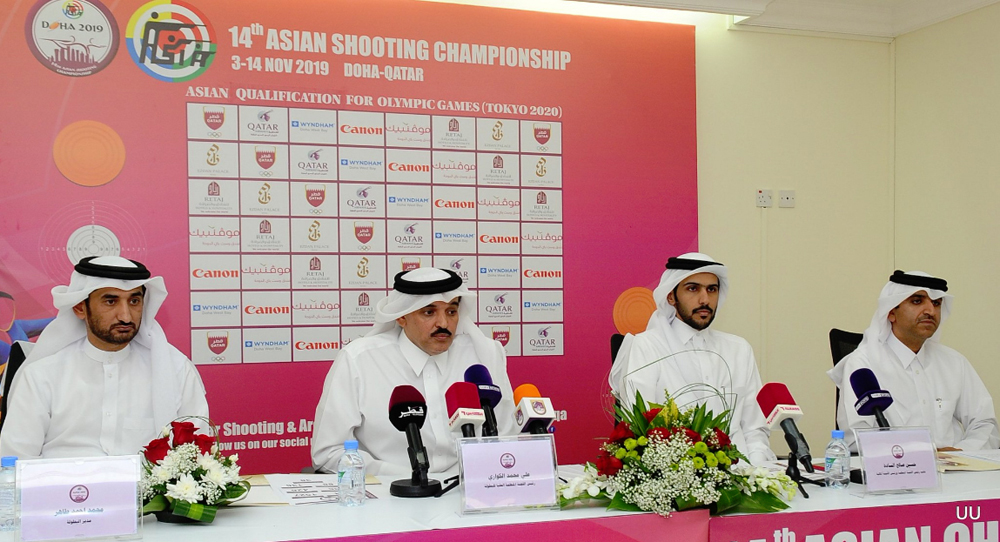 A total of 38 Olympic quota places will be up for grabs in the continental tournament in Qatar organised by Qatar Shooting and Archery Association. The top three finishers in each of the shotgun, rifle and pistol events of the tournament will gain quota places or outright qualification to the 2020 Tokyo Olympics.

Nasser, who is also the reigning Dakar Rally champion, is aiming to qualify for a record seventh Olympics while Rashid Saleh Al Athba, Masoud Saleh Al Athba and Abdulaziz Saleh Al Attiyah will be looking forward to put up a good show at home.

In the men's Double Trap event, Hamad al Akhan al-Marri, who won gold in September at the 9th Asian Shotgun Championships in Almaty, Kazakhstan, will aim for an encore. Another trap shooter Mohamed Ahmed al-Rumaihi, who received a shot in the arm with his bronze medal at Austria Open in August at Vienna meet, will be keen to prove a point or two at the Asian event.