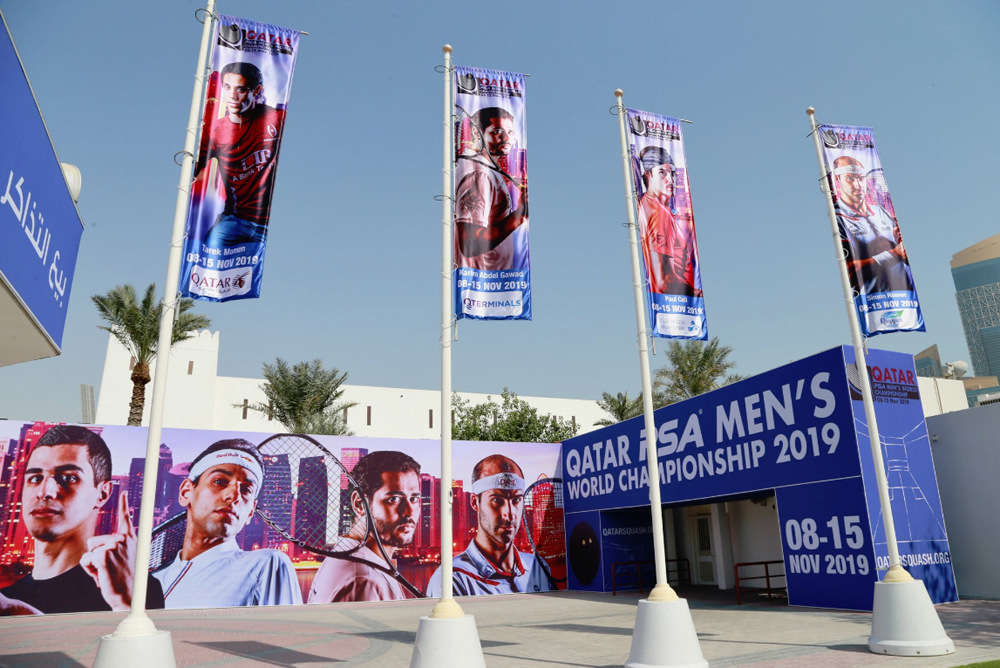 Doha, 6 November 2019 - Qatar's top squash player Abdullah Mohammed Al Tamimi will hope to improve his last PSA World Championship record when he begins his campaign at the PSA Tour calendar at the Khalifa International Tennis and Squash Complex on Friday.

Currently ranked No.46, 24-year-old will be looking for a more consistent run while playing before the home crowd.

The championship, in which the world's top players will be seen in action, will be held from November 8 to 15.

At the last championship, Tamimi started off by defeating German Simon Rosner in the first round and then overcame Mathieu Castagnet of France but crashed in the third round to Matthew.

Compatriots Syed Azlan Amjad and Hamad Al Amri, who have received wildcard entries for the prestigious event, will lead the host nation's challenge.

Tamimi, who reached a career-high world ranking of 28 in August, 2018, will begin his campaign against France's Gregoire Marche, ranked 16 on the world ranking computer.

Tamimi has a good run in the 2018 season and the high point was winning the $35,000 Malaysian Open and breaking into the all-time career high rank of 28.