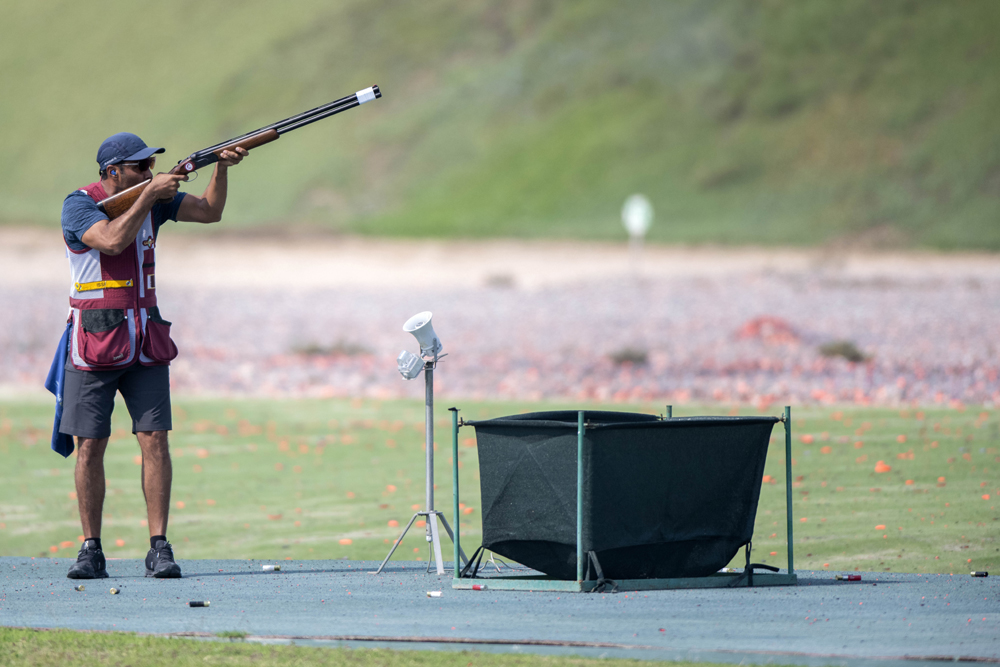 It is worth mentioning that Qatar's Nasser Saleh al-Attiyah stayed on course for a quota spot at next year's Olympics with a fine display in three rounds of qualification in the skeet event at the 14th Asian Shooting Championships on Saturday.
The London Olympics bronze medallist shot 74, missing just one of the 75 targets, at the Lusail Shooting Complex and with two more rounds of 25 shots each remaining, looks set to book a place in today's final.

Kuwait's Abdullah al-Rashidi hit all the 75 targets to stay on top, while al-Attiyah was tied with India's Angad Bajwa on 74. Seven shooters were in third place with 73. The final is scheduled for 1.30pm today.

Meanwhile, India won another Olympic quota yesterday thanks to Tejaswini Sawant in the women's rifle 3-position. The Former World champion finished fifth in qualifications with a score of 1171, which was enough for a place at the next year's Tokyo Olympics. With two Chinese and two Koreans, apart from Mongolia's Yesugen Oyunbat who had booked a berth to Tokyo in air rifle earlier, not in the race for quota, the three spots were taken by the finalists from India, Japan and Iran.

The 39-year-old Sawant eventually finished fourth in the final, narrowly missing out on a bronze medal with a last shot of 8.8. China's Mengyao Shi bagged the gold with a score of 457.9, while Mongolia's Yesugen Oyunbat and Japan's Shiori Hirata won the silver and bronze respectively. Iran's Fatemeh Karamzadeh finished fifth.

India also won nine medals in all competitions through the day including three more gold, which took their tally to a whopping 44. Olympian Gurpreet Singh bagged the men's standard pistol silver with 586, two points behind Han Daeyoon of Korea. While another Korean Kim Junhong took bronze. The Indian juniors continued to excel, as Jasmeen Kaur and Aadhya Tayal claimed the youth women's rifle and pistol gold medals.