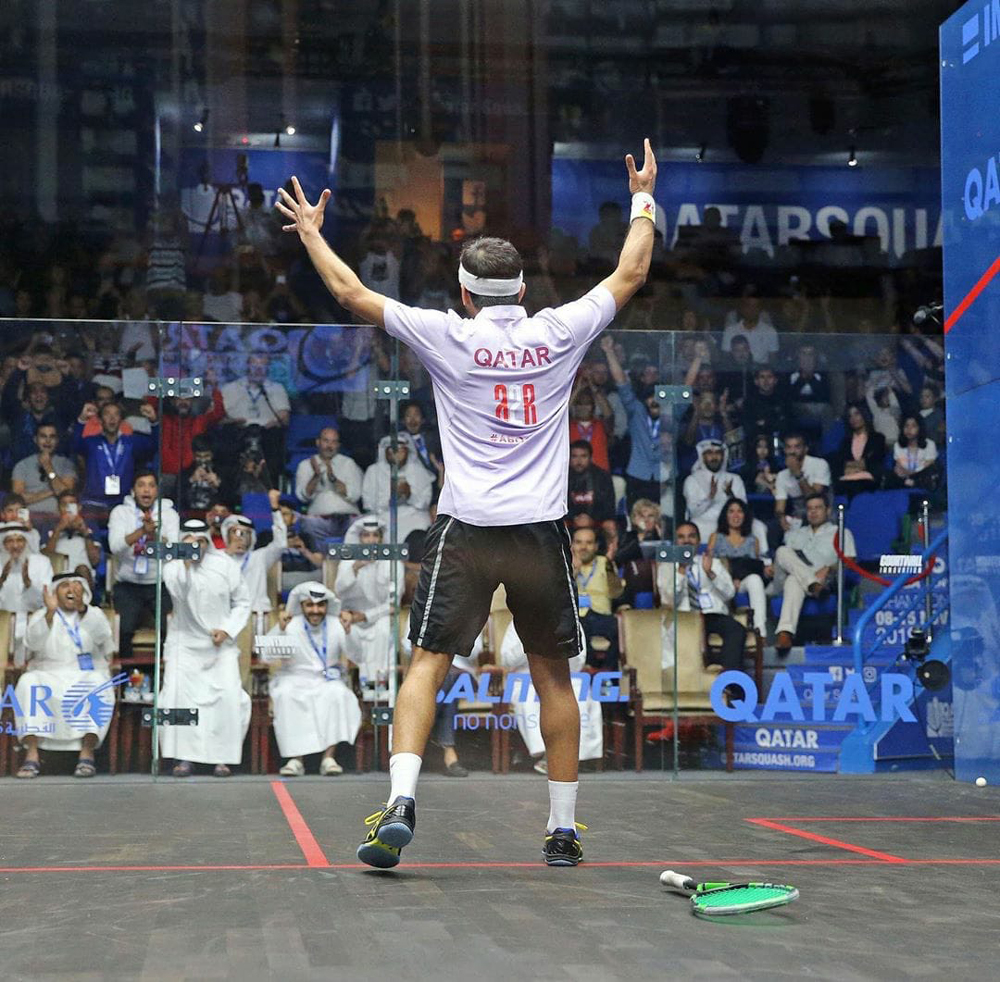 Doha, 10 November 2019 - World No.47 Abdulla Mohammed Al Tamimi has continued to make history as he once again scripted another upset on Saturday with the defeat of 28-ranked Mathieu Castagnet of France to book a place in the third round of the ongoing PSA Men's World Championship.

Continuing in the fine form which saw him became the first Qatari player in history to reach the second round of the men's championship with the defeat of World No.14 Gregoire Marche on Friday, the 24-year-old Aspire Academy graduate emphatically trounced the 33-year-old Frenchman 3-0 (12-10, 11-8, 11-8) in 43 minutes to once again send the appreciative home crowd into wild jubilation.

With the master-class performance, Tamimi has discountenanced any suggestion of his earlier win as fluke and proven that he is not a pushover at the prestigious tournament.

“I'm very happy with today's victory which is one of my best. Yesterday's victory boosted my confidence and I approached this match with the mindset that anything can happen if I give it my best shot and that's what has happened. I hope to go as far as possible at this tournament and I appreciate the support of the fans who rallied behind me and pushed me on," Tamimi said.

Meanwhile, German World No.6 Simon Rösner also moved through to round three after he defeated England's Declan James 3-1 (11-9, 9-11, 11-8, 11-9) to set up a third round encounter with either Welshman Joel Makin or Egypt's Mohamed ElSherbini.

The pair are two of the tallest players on the PSA Tour – Rösner standing at six feet, two inches tall, with James coming in at six feet, three inches – and as such there were some traffic issues throughout the match which saw a number of lets and strokes halt the momentum of the match.