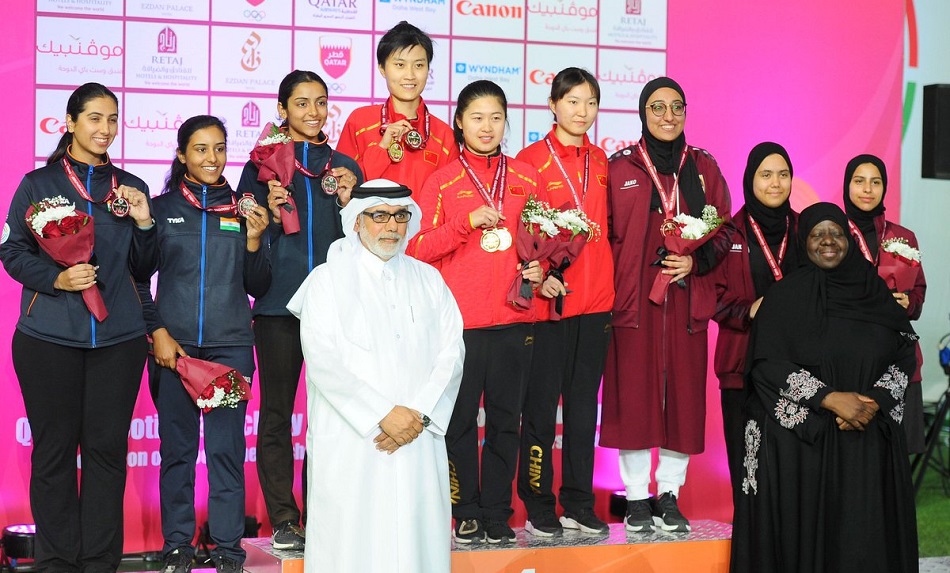 At the Losail Shooting Complex, Guk was in sensational form as the 34-year-old shattered the previous record set by India's teenage sensation Saurabh Chaudhary, who had to settle for silver yesterday. Guk, an Olympic bronze medallist at Rio 2016 in the 50m pistol, scored 246.5 points which was an improvement on Chaudhary's world record set in the Munich World Cup earlier this season, by 0.2 points.

Qatar's junior women's team of Fatima Saeed al-Muraikhi, Ghalia Ali al-Malki and Amna Ali al-Shirawi brought cheer to home fans with a bronze medal. They combined for a total tally of 250 points, to finish behind winners China (339) and runner-up India (309).

The 17-year-old Chaudhary claimed silver scoring 244.5, while bronze went to Javad Foroughi of Iran on 221.8. Other than Guk, two other Olympic quotas went to Foroughi and Pakistan's Gulfam Joseph, who finished seventh in the final. India and South Korea had two finalists, while China had one but all three countries had already reached their maximum allocation of two quota each. The 19-year-old Joseph became the third Pakistani shooter to qualify for the 2020 Tokyo Games after Mohamed Khalil Akhtar and Ghulam Mustafa Bashir. Together with Abhishek Verma and Sharvan Kumar, Chaudhary also won the team bronze for India.

In the junior mixed air rifle event, Shreya Agrawal and Dhanush Srikanth won the gold beating China's Zeru Wang and Xuanle Jiang 16-14 in a thrilling final. China was also denied a bronze as its' second pair

In junior men's skeet, Kazakhstan's Eduard Yechshenko won gold ahead of India's Gurnihal Singh Garcha. Wu Liangliang of Chian took silver. Abhay Sekhon, who had topped qualification with a solid 120, was the second Indian in the final but finished fourth, narrowly missing out on a medal.

Action in Doha will continue tomorrow with the last day of competition. Gold medals will be decided in the men's 50m pistol, the skeet mixed team and the men's and women's running target.​