El Shorbagy brothers to face off in quarterfinals 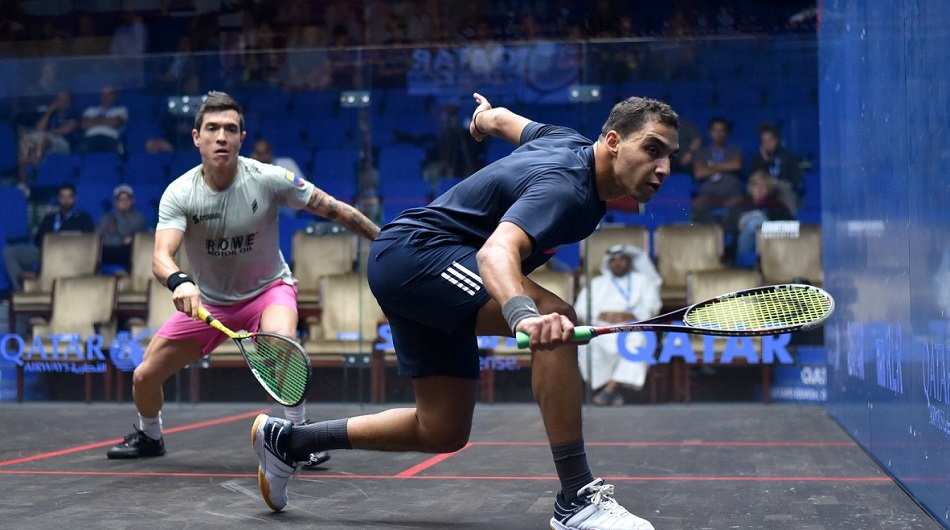 Doha, 13 November 2019 - With the clash of the ElShorbary brothers, Mohamed and Marwan, headlining the quarter-final matches on Wednesday, fans are no doubt in for a great time as the PSA Men's World Championship is gradually hitting a thrilling crescendo.

While all eyes will certainly be on the two Egyptian brothers, there are however other interesting must-watch matches on the cards for Day 6 of the eight-day tournament being held at the Khalifa International Tennis & Squash Complex in Doha.

World No. 3 Tarek Momen, who defeated home favourite Abdulla Mohammed Al Tamimi in a thrilling encounter on Monday, will be up against World No.7 Diego Elias who got the better of Egypt's Fares Dessouky 3-1 (10-12, 11-8, 11-6, 11-4) in the pre-quarters to become the first Peruvian in history to reach the quarter-finals of the PSA Men's World Championship, while Egypt's Zahed Salem will clash with New Zealand's Paul Coll.

The only match of the quarters not featuring any Egyptian will be between Germany's Simon Rosner, the World No. 6, who trounced Wale's Joel Makin to emerge the first man to book a place in the quarters, and England's James Willstrop, who defeated another Egyptian Karim Abdel Gawad to make it into the last-eight.