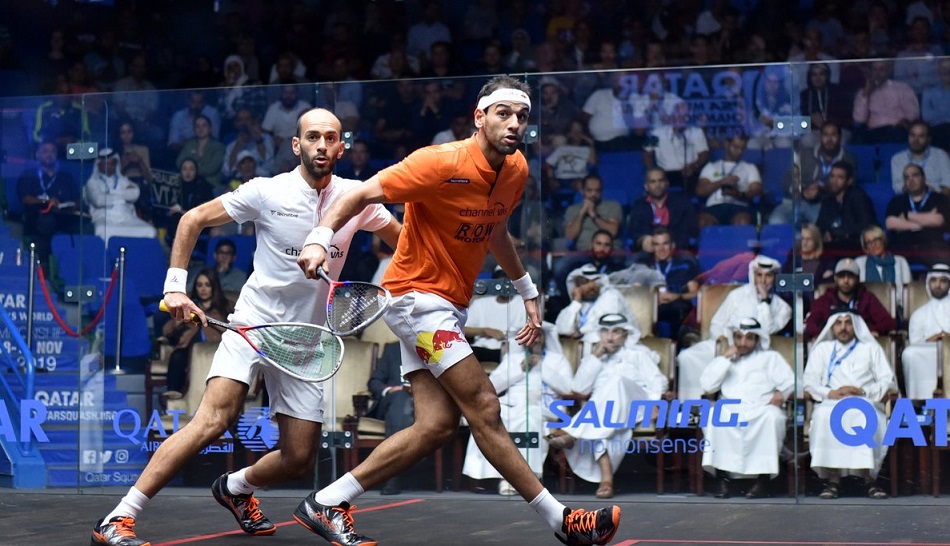 "It is not easy playing against my brother. While it was exciting for the fans, it was somehow emotional for us. My brother is one of the best the sport has ever witnessed and today's victory is special to me. It's unfortunate that in sport, one person wins and another loses. That's how it is and the winner happens to be me today. Our relationship continues and I hope to win the Championship to make him proud as well," Marwan said.

Despite coming through a brutal 119-minute epic against 2015 runner-up Omar Mosaad in their pre-quarters clash on Tuesday, Coll claimed victory over Salem in just 47 minutes to emerge the first New Zealander to reach the semis of the World Championship since the legendary Ross Norman in 1988.

The 27-year-old defied any inkling of fatigue as he fired in several winners, especially in games two and three, to secure his spot in the last four.

On the other hand, The World No.6 Simon Rösner defeated England's James Willstrop in straigth games (14-12, 11-6, 11-3) to reach the semi-final of the PSA Men's World Championship for a second successive season.