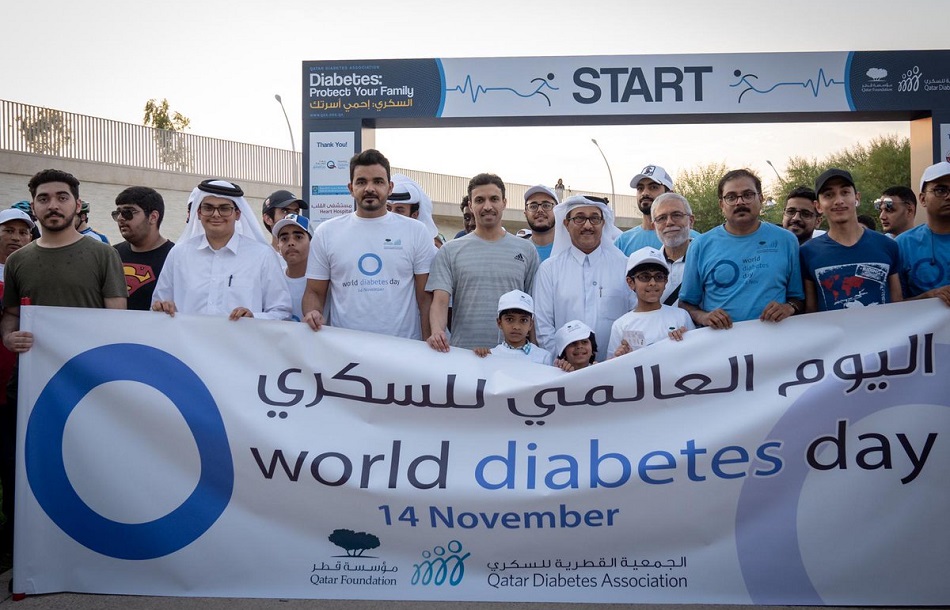 The event was also attended by HE the Secretary General of the Qatar Olympic Committee (QOC) Jassim bin Rashid Al Buenain, the Executive Director of the Qatar Diabetes Association Dr. Abdullah Al Hamaq and Professor Abdul Badi Abou Samra, Co-Chair of the National Diabetes Strategy, as well as participants from various parts of the country.

More than 8,000 people participated in the march to raise awareness of diabetes. The event featured a range of activities and programs aimed at awareness and prevention of diabetes.

World Diabetes Day is the world's largest awareness campaign. The International Diabetes Federation celebrates this day on November 14 each year, with the participation of more than 200 societies around the world, including the Qatar Diabetes Association.

Global statistics indicate that more than one million children and adolescents worldwide are diabetic, of whom about 176,000 are in the Middle East and North Africa, and that every eight seconds the disease kills one.