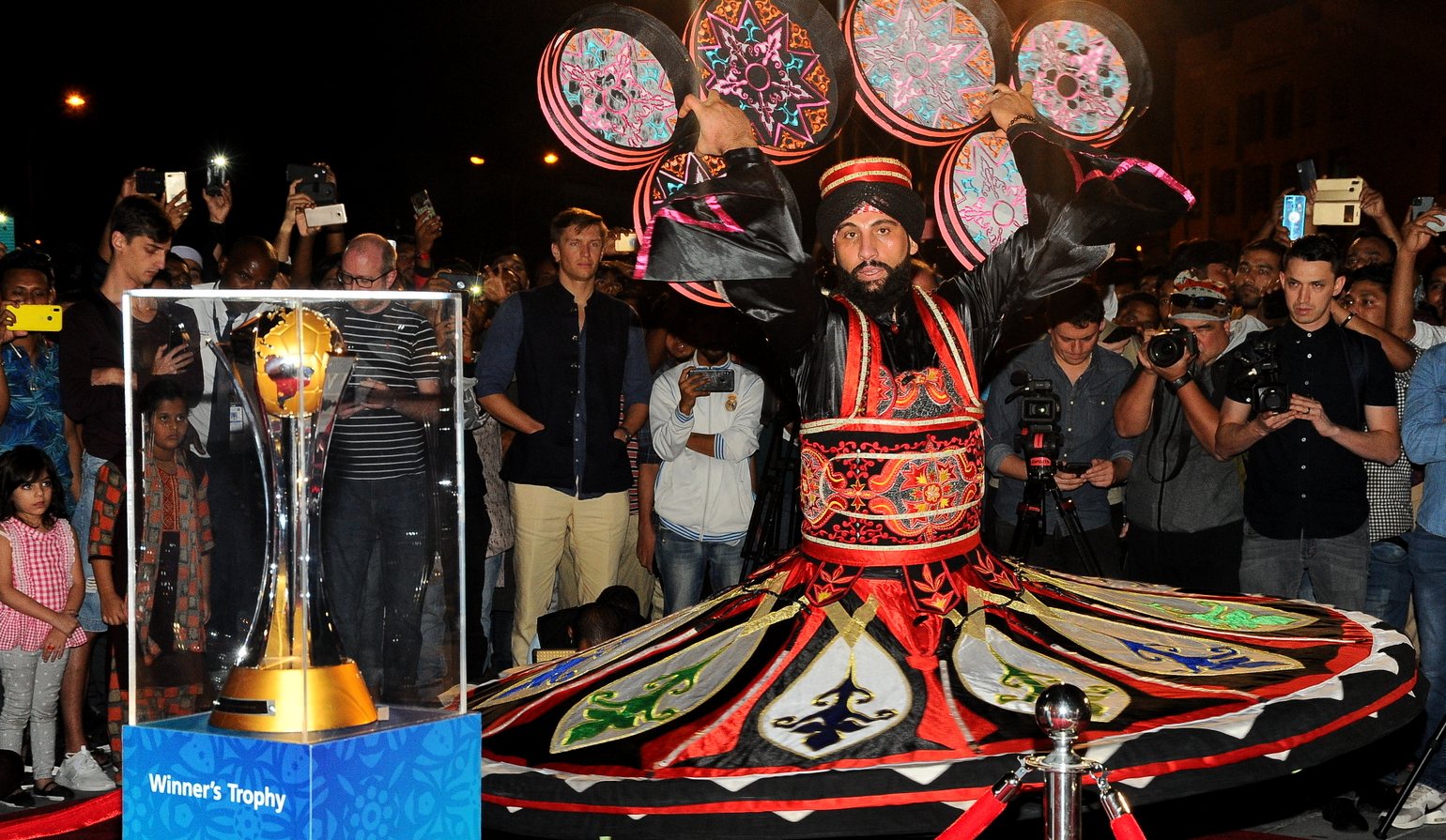 It was the first stop on a four-week tour of Qatar as preparations continue for the 16th edition of global club football's premier tournament.

As well as seeing the trophy, fans enjoyed a range of family-friendly activities, along with cultural performances from several Doha-based community groups.

"It's wonderful to see so many football fans, from so many different communities, engaging with this event and getting excited about Qatar's hosting of the FIFA Club World Cup," he said.

"Preparations are currently in full swing for the tournament and we are looking forward to welcoming thousands of fans from across the world in December."

Al Kuwari added that he believes the tournament will help to fine-tune Qatar's plans for the FIFA World Cup™ – which is now just over three years away from kicking off.

"It is an honour to be hosting the FIFA Club World Cup for the first time – and while giving fans a taste of what to expect in 2022, the tournament will also help us to finalise our plans for the World Cup," he continued. "With just three years to go, our plans are well advanced. We are honoured to be hosting the Arab world's first FIFA World Cup and cannot wait to showcase our region to billions of football fans across the globe."

The FIFA Club World Cup 2019™ presented by Alibaba Cloud will take place from 11-21 December. The full match schedule is available on FIFA.com.

Tickets for the tournament are available via FIFA.com/tickets. Tickets are affordably priced in three categories, ranging from QAR 25 for Category 3 tickets to the first three matchdays, up to QAR 400 for Category 1 tickets for the double-header comprising the third-place play-off and the final (a full overview is available here).