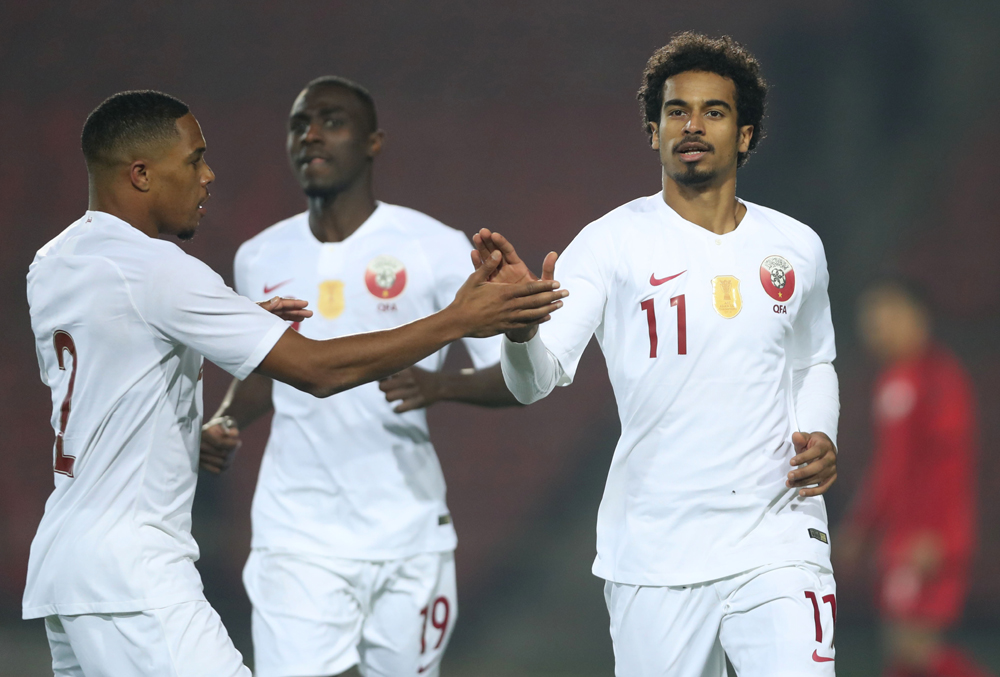 Akram Afif's penalty 14 minutes from time spared Qatar's blushes and secured all three points, but only after Omran Haydary saw his effort from the spot saved by Saad Al Sheeb in the first half in the FIFA World Cup Qatar 2022 and AFC Asian Cup China 2023 qualifying tie.

As a result, Qatar remain unbeaten in their first five qualifiers and sit on top of Group E with 13 points while Afghanistan remain on four points with three games left in the second phase of qualifying.

Despite the gulf between the teams, the Qataris were never allowed to settle by an Afghan side that pressed the Asian champions from the front, with the tactic frustrating the visitors throughout the 90 minutes.

Playing in front of a sizeable crowd in the Tajikistan capital Dushanbe, Afghanistan looked the more likely to score in the early exchanges. Farshad Noor went close to capitalising on a mistake by Tarek Salman, when the defender's clearance was fired back with interest, only to shoot over the bar.

Almoez Ali should have done better seconds later at the other end, only to slice his attempt off target after being played in on goal by his strike partner Yusuf Abdurisag as Sanchez's side laboured.

Salman was again involved in the 29th minute when Milad Intezar's attempt at goal hit the defender on the hand and referee Timur Faizullin had no hesitation in pointing to the penalty spot. Haydary' s weak attempt, though, was gathered by Al Sheeb as he dropped to his left.