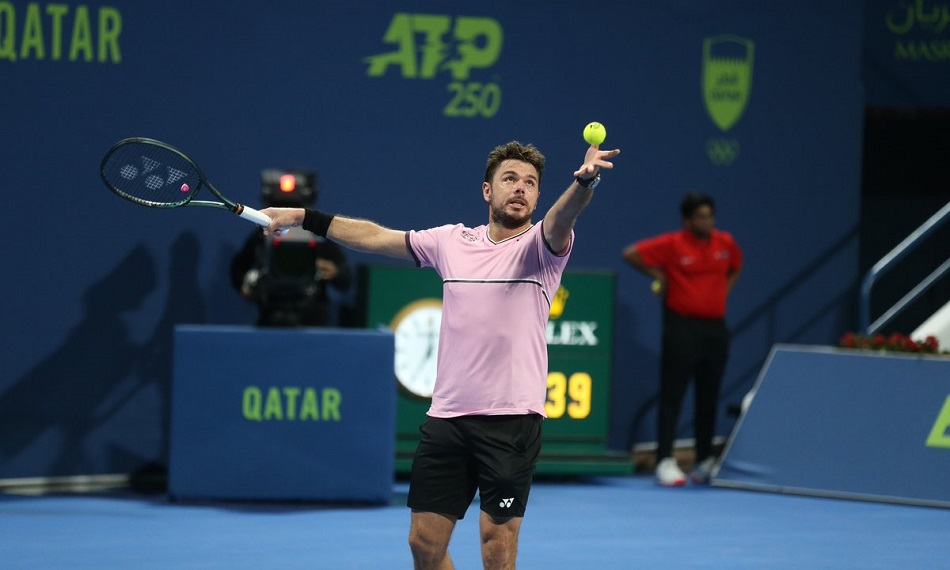 Doha, 8 January 2020 - Tournament's top-seed Stan Wawrinka extended his head-to-head advantage over Frenchman Jérémy Chardy to seven wins in seven encounters after posting an emphatic straight-set 6:3, 6:4 win in 1 hour and 27 mins in their round of 16 clash on Tuesday.

Unlike their last match at the US Open 2019, the 32-year-old Frenchman was unable to take a set off the three-time Grand Slam winner, who fired 12 aces en route his triumph, this time around.

With the victory, Wawrinka sets up a quarter-final clash with Slovenian Aljaz Bedene (ATP 58) who accounted for the 6-3, 7-5 defeat of Kazakhistan's Alexander Bublik in the other match of the day.

“I'm happy to start on a winning note at this tournament. Chardy is a very good player and matches against him has not always been easy. I hope to maintain the momentum and hopefully win the tournament this time around," Wawrinka, a finalist at the 2008 tournament said.

Meanwhile, eight-seed Frances Tiafoe suffered a shocking 4-6, 6-4, 4-6 defeat in the hands of Hungary's Marton Fucsovics, a qualifier, in their encounter.

This is the second time the duo will be meeting after their maiden clash at the round of 16 of the 2018 Geneva Open where Fucsovic also triumphed.