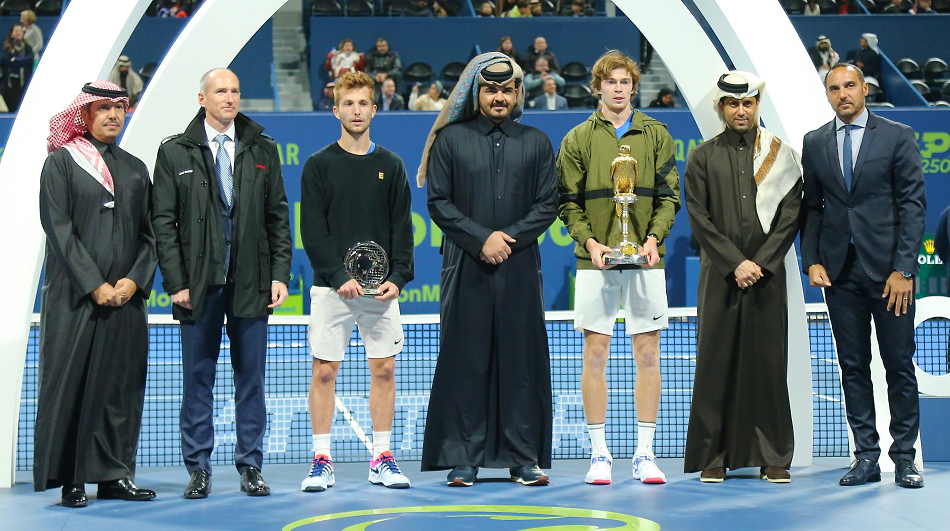 Rublev claimed the title after defeating Corentin Moutet 6-2 7-6 (7-3) in the one-hour-27-minutes final match held at the Khalifa International Tennis and Squash Complex.

Rublev did not drop a single set throughout the tournament and after taking a 6-1 lead in the second-set tie-break against Moutet he did not look like missing out on the trophy.

Moutet beat Milos Raonic in the second round and on Friday overcame Fernando Verdasco and top seed Stan Wawrinka in three sets to reach his first final at this level. However, getting the better of Rublev - the runner-up in 2018 - proved too much of a challenge, with the promising 22-year-old kicking off his season by claiming a third ATP Tour title of his career that will send him into the top 20 for the first time.

"It's amazing. For the moment I have no words. I'm always really happy to play here and to win a title here is something special for me. It's an amazing start to the season and I can hope to continue the same level," Rublev said in his on-court interview.