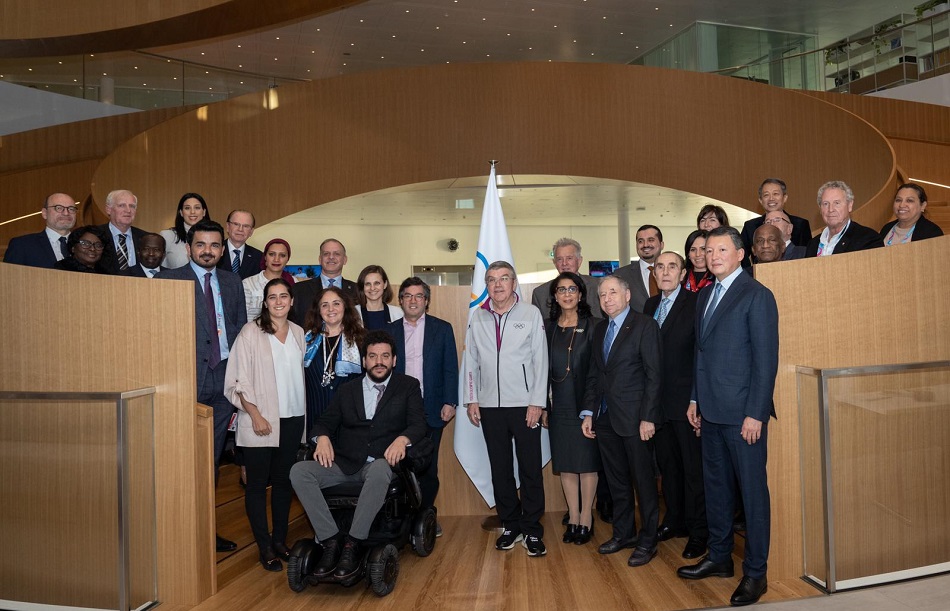 Lausanne, 14 January 2020 - HE President of the Qatar Olympic Committee (QOC) Sheikh Joaan bin Hamad Al Thani attended the second meeting of the IOC Commission for Public Affairs and Social Development Through Sport held today in Lausanne, Switzerland under the leadership of Mr. Luis Moreno and with attendance of the IOC President Dr. Thomas Bach.

During the meeting, the members discussed the strategies of developing sport and Olympic movement in international community and the recent achievements made by the IOC.

Dr. Thomas Bach gave a keynote speech, focused on the latest updates of Olympic movement, appreciated the efforts of members and the significant role of the Commission for Public Affair and Social Development through Sport in boosting IOC's role as a pioneering organization in the field of thought , also as strong representative at global sport arena and a key player in boosting international development and peace.

Work agenda topics and necessary decisions been taken were also reviewed during the meeting.

On other hand, HE the QOC President Sheikh Joaan bin Hamad Al Thani attended the Ice Hockey competitions on Monday evening, where team Qatar's player Thawab Al Subaey participated in as a part of the ongoing Youth Olympic Games in Lausanne.