Qatar to take on Japan in AFC U23 Championship 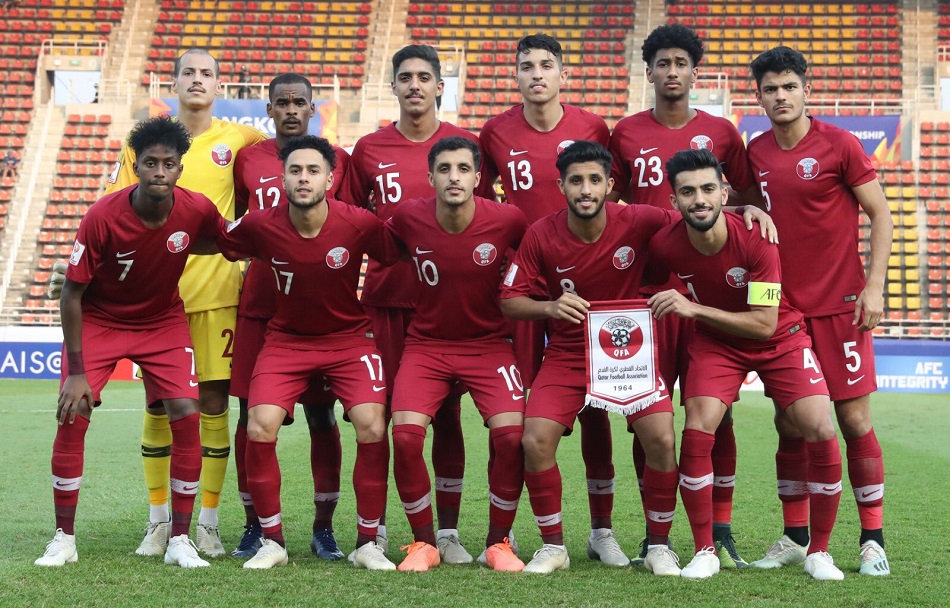 Bangkok, 15 January 2020 - Qatar coach Felix Sanchez will lead his team into their final Group B meeting with already-eliminated Japan on Wednesday knowing they must secure a win to advance to the quarterfinals of the AFC U23 Championship Thailand 2020.

Sanchez's side have drawn both of their opening games – against Syria and Saudi Arabia – to sit in third place in the standings on two points, two points adrift of the leading duo with just one round of matches remaining.

With the Syrians and Saudi Arabia due to face each other at Thammasat Stadium, a two-goal win over Hajime Moriyasu's side at Rajamangala Stadium would be enough to guarantee the Qataris a place in the next round, regardless of the result of the other group match.

“It's our last group game and it's very important," said Sanchez, who has taken the West Asian nation to the semi-finals of this competition in each of the last two editions.

“We know it is going to be a very difficult one. This generation of Japan is a good one and they have a great squad at this level but we have to show we can compete against teams like that."

Despite coming to Thailand with high hopes of a run deep into the tournament, Japan are already out of contention for a quarter-final berth after back-to-back defeats in their first two games.

As a result, their focus has started to shift towards the nation's hosting of the Olympic Games in July and August.

The loss against Syria coupled with the opening day defeat at the hands of Saudi Arabia means Moriyasu's side have no chance of progressing to the knockout rounds of a tournament the Japanese won in 2016.

Moriyasu, who also doubles up as head coach of the country's senior side and who led Japan to the final of the AFC Asian Cup last January, accepted he was to blame for his side's struggles at the tournament in Thailand.

“I think I have to show more ability than I have in selecting the squad for this tournament," said Moriyasu.

“It was a really disappointing result and we don't know who will be in the final squad for the Olympics. We still have a large group and we still have the overage players who can come in and strengthen the team that will be playing at the Olympics."​