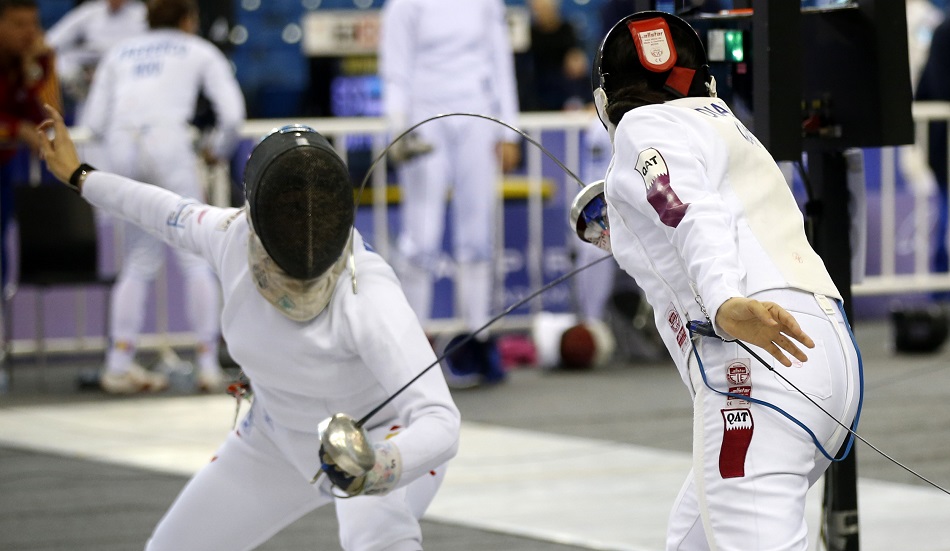 Doha, 26 January 2020 - The 2020 edition of Qatar Fencing Grand Prix organized by the Qatar Fencing Federation at Aspire Dome will be concluded on Sunday.

This year's edition brings together 494 male and female fencers from 45 nations.

The preliminary rounds of women's event were held on Saturday with participation of 160 players including five Qatari players.

Qatar's Wadha Al Abdullah, Sarah Zeyab, Yara Al Batadini and Zekrayat Al Abdullah were unable to reach the round of 64.

The round of 64 will begin on Sunday, where first seed Sergey Bida of Russia will begin his campaign by facing Zsombor Banyai of Hungary while Andrea Antarelli of Italy will take on Conrad Seibaek Kongstad of Denmark in Men's event.

In Women's event, Ana Maria of Romania will shake hands with Camille Nabeth of France while Sheng Lin of China will take on Erika Kirpu of Estonia.

Doha Fencing Grand Prix is a mega event on the sporting calendar in the country and it draws lovers of this sport in great numbers.

Doha is the first of three Grand Prix of the series before Budapest (Hungary) and Cali (Colombia) and it is widely considered to be one of the top three tournaments in the world.