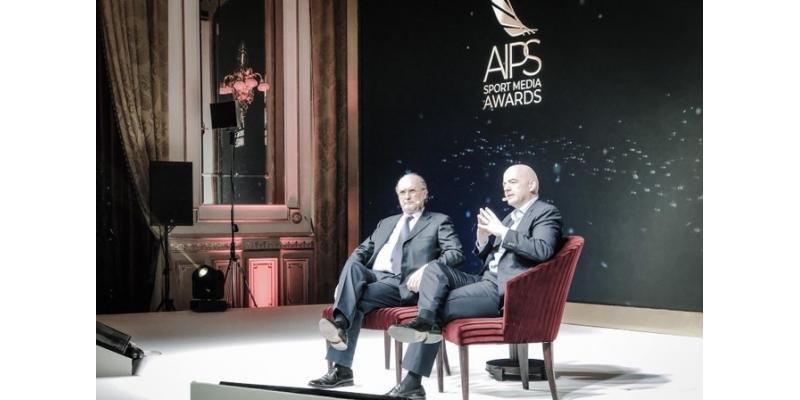 Budapest, 4 February 2020 - FIFA President Gianni Infantino has praised Qatar’s intensive preparations to host the 2022 World Cup. He was speaking on the sidelines of the ceremony of the International Federation of Sports Journalism Awards in Budapest, Hungary, which is being held in partnership with the Qatar Sports Media Committee for the second year in a row.
During an open session moderated by Italian Gianni Merlo, President of International Sports Press Association, Infantino talked about many important issues related to global football, and the most prominent challenges facing FIFA in the coming years, in order to continue to develop the game and increase investments in it.
When asked about Qatar’s latest preparations to host the World Cup, which is the biggest and most important tournament on the FIFA agenda in 2022, Infantino said that Qatar would be ready two years before hosting the tournament, which is a record time that none of the countries that hosted the World Cup had achieved it.
“I am confident that it will be an amazing event, as it will constitute a change in the rules of the game, and the people who will visit Qatar and will notice well that we are not biased in granting them the right to host, and everyone’s perception of the region and the Arab countries will change. We Europeans, for example, sometimes judge some matters before we see them,” he added.
The FIFA president said in terms of stadiums, facilities, and infrastructure, things are going on as best they are and “we expect them to be a very impressive tournament for the Gulf region and all Arab countries without exception”.
He also congratulated the Sports Media Committee, and Qatar for its important partnership with the International Sports Press Association, and for sponsoring the annual awards ceremony.