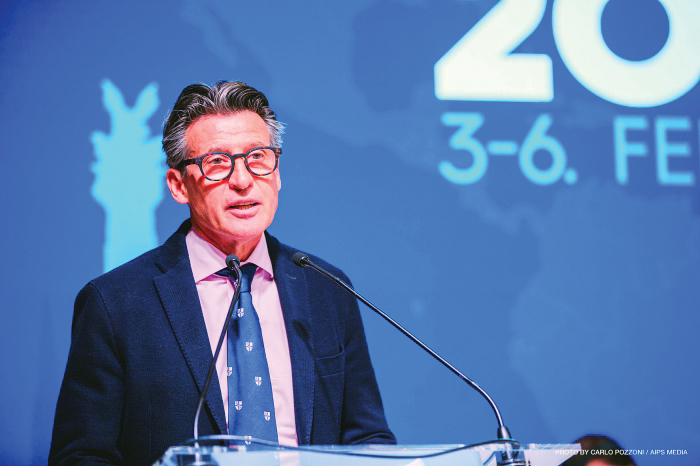 Budapest, 5 February 2020 - President of the International Association of Athletics Federations (IAAF) Lord Sebastian Coe has expressed his pride and great appreciation of the world press family, for the role of IAAF and the Supreme Organizing Committee for the World Championships in Doha 2019, in facilitating the task of media people, while covering the event.
On the sidelines of the International Sports Press Association (AIPS) Sport Media Awards ceremony in the Hungarian capital on Tuesday and after receiving the AIPS Best Press Facility Award for the IAAF World Athletics Championships Doha 2019 Award, Lord Coe said in press statements that “Qatar’s edition of the World Athletics Championships was an exceptional one by all standards in terms of organisation, technical level, and high quality.
“I think the championships crossed the time barrier it was held in as it had another dimension in the field of sustainability, which made it a unique edition in the history of all the world championships,” he said
“I receive the award for the Organizing Committee in Qatar and the IAAF, and I believe it reflects the scale of achievement that we achieved together during the organisation of this championship. We are proud of this great success and thank everyone who contributed to it with work and effort, from the work team, and we thank Qatar for providing us with all facilities.”
Sebastian Coe praised the idea of establishing a prize for sports journalists worldwide to appreciate their efforts and the great work they do. This is all done by AIPS and the Qatar Sports Media Committee stressing that they should always be encouraged as the role of the journalist is very important.
“You will never run out of ink,” Coe concluded with a quote from Jamil Chade, a Brazilian reporter who was awarded for his story on FIFA.
Coe was honoured with the Gala of Cantabria Sport Award. This year is the 35th anniversary of Los Angeles 1984 Olympic Games where Coe had won two medals as an athlete.