QSTK 600: Al Sulaiti storms to superpole in penultimate round 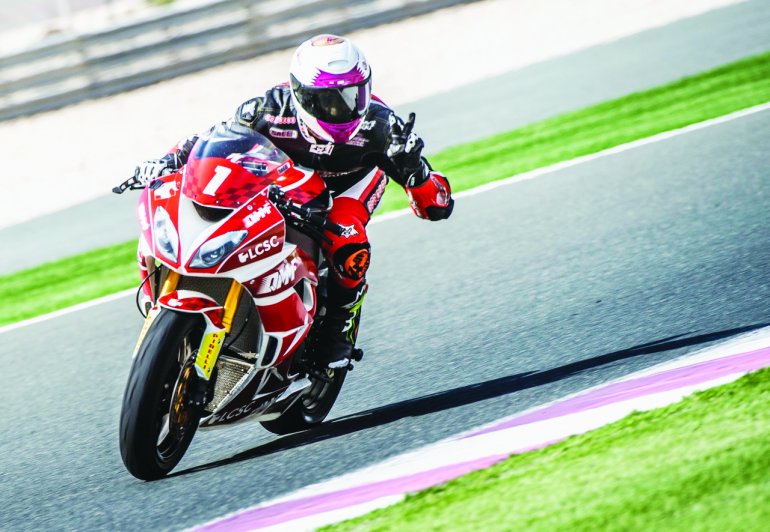 Doha, 9 February 2020 - Saeed Al Sulaiti got the Superpole of the penultimate round of the Qatar Superstock 600 held at Losail International Circuit yesterday.

The defending QSTK 600 champion took his first Superpole of the season with a lap time of 2:03.750, in front of Abdulla Al Qubaisi and Mashel Al Naimi respectively. Abdulla and Mashel crashed when Abdulla was trying to overtake Mashel at the end of the straight line but he lost the front tyre and both crashed.

Al Sulaiti was very happy with his performance yesterday.

"I am very happy. This weekend I focused to try to make fast laps with used tyres in the two free practices as I know that in the last rounds we struggled with the tyres in the last lap. So in the Superpole I felt good with the bike and finally I did my best personal lap so I am really glad and hopes everything goes well for tomorrow," Al Sulaiti said.

In the QSTK Trophy, the fastest rider was Jeremy Parola followed by Rayad Al Emadi and Alexander Qabazard.

In the QTCC 2K, the fastest driver in the qualifying session was Ghanim Al Maadeed. The Lotus Elise driver only needed two laps to secure the pole position with a lap time of 2:22.560.

"I am very happy with the performance of the car, it is working perfectly with no problems. Hope that tomorrow we don’t have any issue and we can win both races," said Al Maadheed.

The second place was for Mohamed Al Aseeri and Nasser Al Ahbabi respectively.

Hamad Al Sulaiti took his first pole position of the season in the QTCC M240. Al Sulaiti, with a lap time of 2:14.330 will start on the front grid of the Qatar Touring Car Championship.

"I am very happy with my first pole position of the season. The car is very good with no problems. I hope tomorrow I can take a double win," Hamad said.