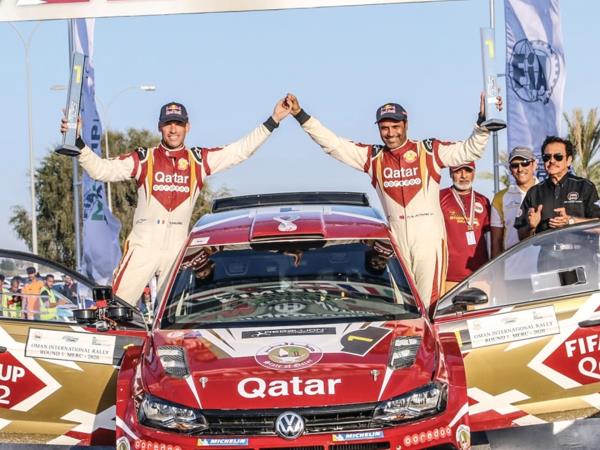 The rally, also the first leg of the Middle East Championship, was hosted by the Oman Automobile Association in cooperation with the International Automobile Federation (FIA).

According to a press release by the Oman Automobile Association, Nasser Saleh Al Attiyah finished the race of 532km in 2 hours 4 minutes and 32.3 seconds.

Nasser Saleh Al Attiyah said that he achieved his goal.

Al Attiyah expressed his happiness at the return of the Oman International Rally, which represents a distinctive mark in motorsport in the region.

The Oman International Rally kicked off on Thursday, after a five-year hiatus, with the participation of 18 contestants from Qatar, Kuwait, Lebanon and Oman.