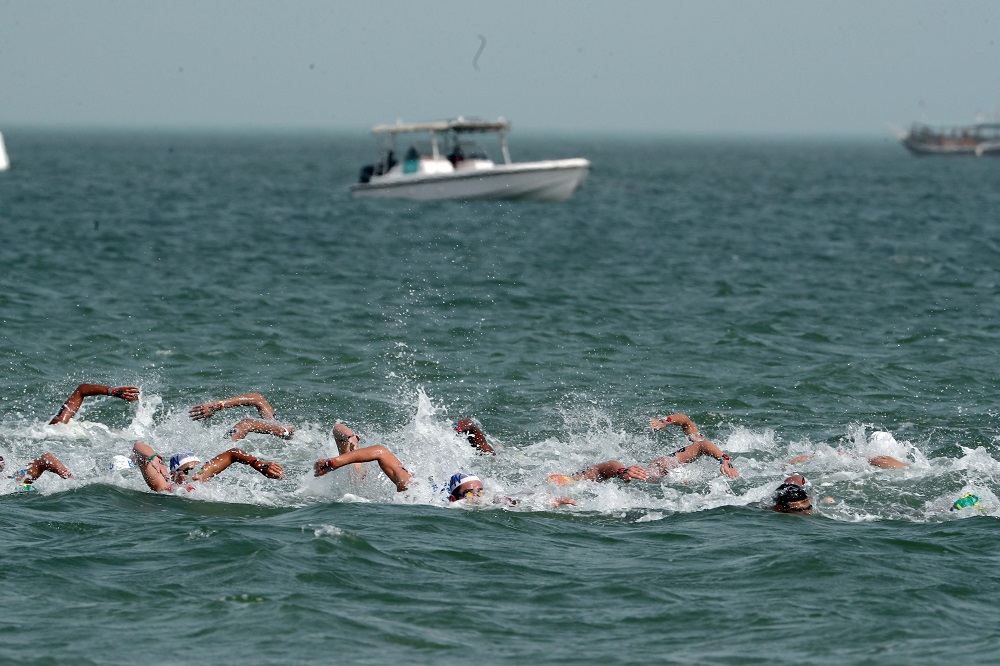 Doha, 10 February 2020 - The FINA /CNSG Marathon Swim World Series Doha 2020 is set for exciting action as many star athletes have signed up for the season-opening meet, which will be held at scenic Katara Beach on February 15.

The Qatar Swimming Association (QSA) has finalized the entry list of competitors for the highly-anticipated meet of the 10km circuit, which includes a total of 136 swimmers (82 male and 53 female athletes) from 34 countries.

France will send the biggest contingent including 16 swimmers to the Qatari capital, while Italy's squad will consist of 14 athletes.

Australia and Germany will have 10 swimmers each in their squads, while Hungary will come with nine athletes.

Participants in both the men and women's races include many Olympic and world champions as well as several other leading long-distance swimmers.

“We witnessed thrilling men and women's races last year, and this year too we expect another exciting round of FINA marathon because of the presence of world class athletes for the competition," QSA President Mr. Khaleel Al Jabir said in a statement.

“We are hopeful that the swimmers will get perfect conditions to compete at the beautiful Katara Beach. Our preparation is on track as our team is working hard to complete all the arrangements. We will provide best facilities to all the participants coming to Doha," he added.

It will be tough to predict a winner in the men's race, which will see world's best long-distance swimmers in action on February 15.

Wellbrock will also be defending his Doha title in the first meet.