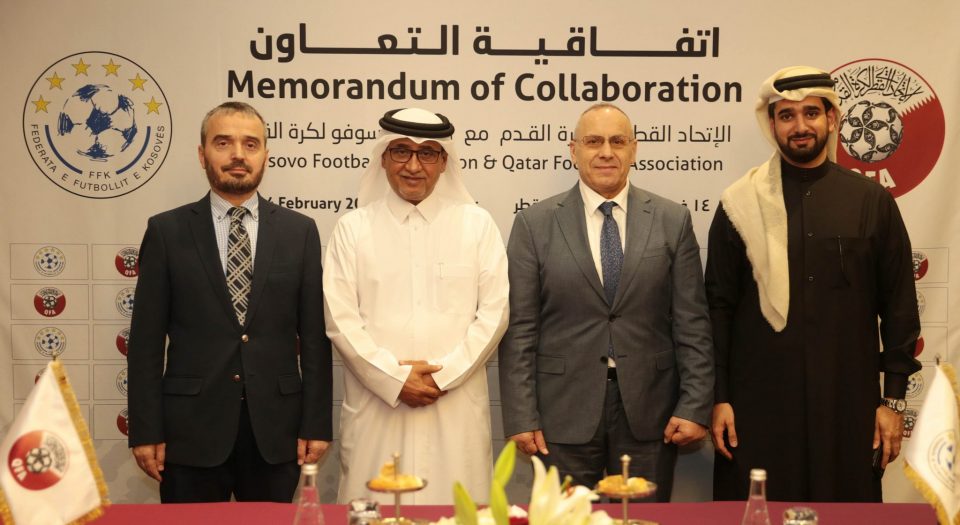 The agreements were signed by Saud bin Abdulaziz Al-Muhannadi, Vice President of QFA, in the presence of Mansoor Al Ansari, Secretary-General of QFA.

The signing of the four agreements comes as a follow-up step on the agreements signed by QFA in recent times. The QFA aims to share its football expertise in administrative matters and technical aspects of hosting events and matches with countries aiming to develop their football.

“We have signed the agreements with officials of Kosovo, Burundi, Gabon and South Sudan to develop football in these friendly countries,” an official of QFA said.

QFA and the four football federations are looking forward to having exchange programs as well as playing matches and tournaments to develop youth football across the board.

After the conclusion of the signing ceremonies, QFA exchanged football jerseys with 2022 emblazoned on the outfits as a friendship gesture.

The delegations of the four federations later visited the headquarters of the Supreme Committee for Delivery and Legacy where they were shown Qatar’s grand plans to prepare for the 2022 FIFA World Cup.

The football delegations also had a field tour during which they visited the Aspire Academy for Sports Excellence and got to see first-hand Qatar’s love of sport.

On this occasion, the presidents of the four federations thanked QFA President Hamad bin Khalifa bin Ahmed Al Thani for the warm reception.