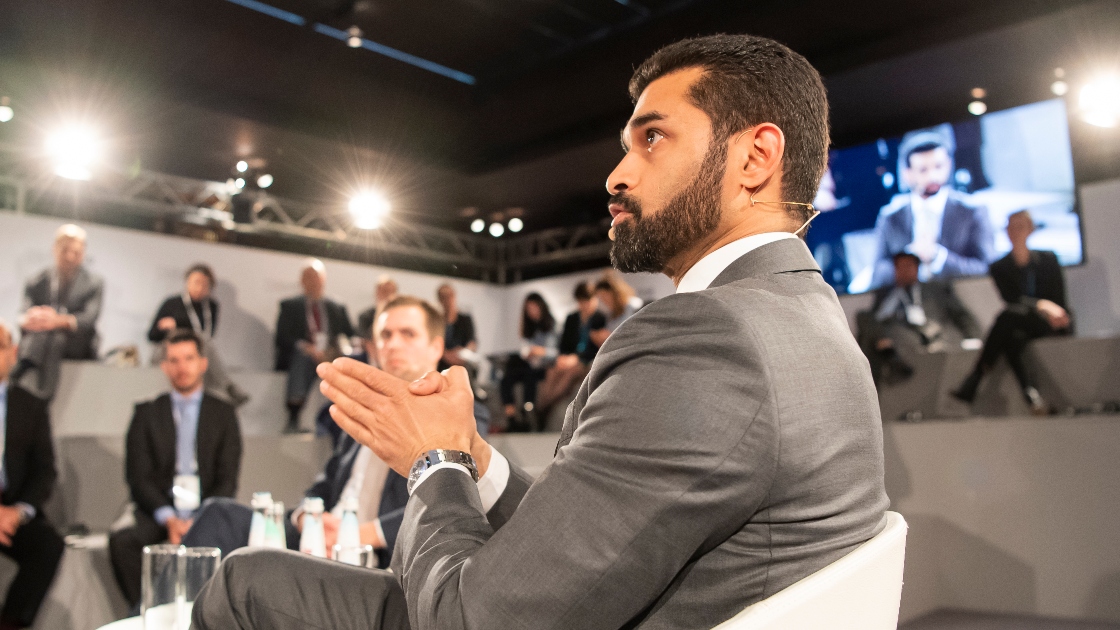 During the panel session, which was moderated by Cathryn Clüver Ashbrook, Executive Director of the Future Diplomacy Project, Al Thawadi discussed the importance of the world’s most-watched sporting event as a vehicle for uniting people and nations, driving positive change and creating a lasting legacy even prior to the tournament’s big kick-off on 21 November 2022.

“From day one we recognised that football – and the World Cup in particular – moves people in profound ways. It really does touch people’s hearts,” said Al Thawadi.

“We realised that sport is a platform through which you can actually reach people – through the World Cup you can reach every single home on the planet.

“We wanted to make sure we utilise this transformative event, whether we’re using it as a vehicle for social development and social progress for Qatar, passing it onto the region, or using it as a platform to break down stereotypes.”

Al Thawadi said Qatar is particularly keen to utilise the hosting of the World Cup to showcase the very best of the Middle East and Arab world.

“It goes without saying that our part of the world suffers from significant misperception issues,” he said. “People see us through a certain lens, but we find that when people get together in a sporting event, all that breaks away. People get together and celebrate – they no longer paint everybody with the same brush.

“Two perfect examples are Russia 2018 and Germany 2006 – the fans who attended left those two tournaments with completely different perceptions of those countries. It was a perfect example of people to people diplomacy – thousands of fans coming from around the world, interacting with people from the host nation and crafting their own opinions of that country and not relying on a stereotype. When it comes to the first World Cup in the Middle East and Arab world, we see it as a golden opportunity to introduce our region and showcase all of its positive attributes to the rest of the world.”

“We launched Challenge 22 to support entrepreneurs in the region, so they can use the World Cup as a platform to reach people beyond their local markets. We have the Josoor Institute, which is uplifting the skills of people working within the sporting and hospitality industries – something which will allow these industries to act as job creators and contribute to economic growth in Qatar and across the region.”