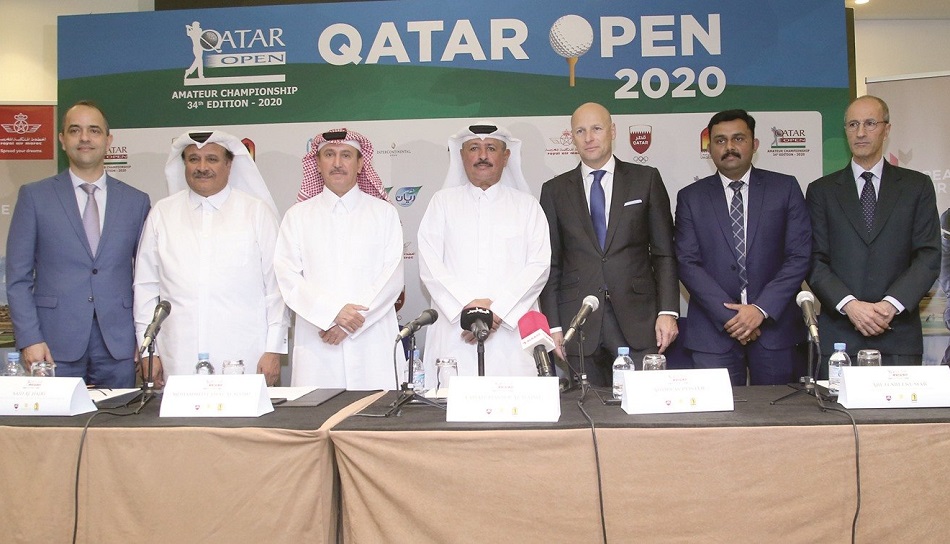 Doha, 20 February 2020 - The competitions of the prestigious 34th  edition of the Qatar Open Amateur Golf Championship 2020 will get underway the Doha Golf Club on Thursday.

More than 100 players from 39 countries will take part in the Championship, which has added importance as its winner, top three Qatari players and top three professionals will get to match their skills with some of the best players on the European Tour in the Commercial Bank Qatar Masters at the Education City Golf Club (ECGC) from March 5 to 8.

This is one of the oldest tournaments in the region and from last two years, the tournament has seen the participation of some of the best international professionals. This year's event includes 22 European professionals and 80 amateurs," he said.

Organised by the Qatar Golf Association, the Championship has come a long way since its inception in 1983, when it was contested over a sand course in Umm Said, to become an international tournament qualifying tournament for the Qatar Masters.

Al-Kaabi's 2017 runner-up position is the best result for a Qatari in the championship. Some of the Qatari players are in good nick and will be hoping for an impressive outing in the event which will be a three-day Individual Strokeplay tournament with half the field advancing to Saturday's final round play on Saturday. The handicap limit for amateur players is nine.

Last year, Danish youngster Mikkel Mathiesen, who has been a junior member at Doha Golf Club (DGC) for ten years, won the championship.

The 18-year-old played remarkably well as his final round 70 with a birdie and a bogey earned him a seven-shot victory.

He aggregated one-under 215, with the next closest player, England's William Shucksmith, at six-over.

In the professional category, Poland's Adrian Meronk emerged as the winner.

This is the third time professionals are participating in the tournament with the organising committee awarding the best three results a spot in the Commercial Bank Qatar Masters, which has moved across the Qatari capital from Doha Golf Club for the first time in its 23-year history to ECGC – a landmark project for Qatar and the world of golf – which offers a revolutionary and holistic approach to growing the game.

The winners of both the categories will receive a Royal Air Maroc round trip ticket.