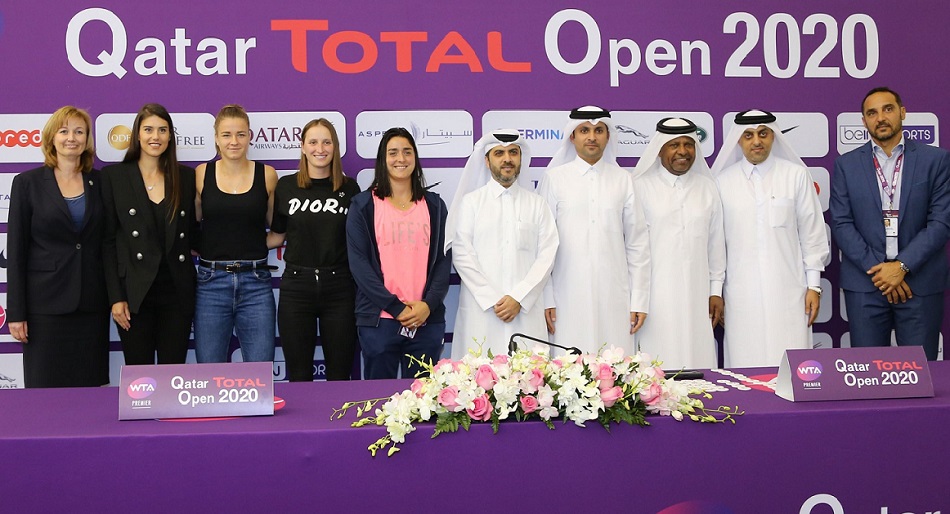 The top seed is World No.1 Ashleigh Barty, who returns to the tour for the first time since a semifinal defeat to Sofia Kenin on home soil at the Australian Open.

Having pulled out of the Dubai Duty Free Tennis championships this week due to a foot injury, the Aussie gets a bye in the opening round and could face another player making a different sort of comeback in the second round. Barty with face either a qualifier or Yaroslava Shvedova, with the latter playing her first singles event in over two years.

After giving birth to twins in 2018, Shvedova played her first WTA-level event last week in Dubai in doubles with Darija Jurak, losing to Lyudmyla and Nadiia Kichenok in the first round, and was also named a playing captain for the Kazakh Fed Cup team earlier this month.
Also in the top quarter is another Kazakh, the red-hot No.14 seed Elena Rybakina, who will face Sorana Cirstea in her opening match.
Rybakina reached her fourth final in five tournaments played by a win over Petra Marticc on Friday in Dubai, and could get an Australian Open rematch against Barty in the round of 16.
Each of the Top 8 seeds receive a first round bye, with Simona Halep, Karolina Pliskova, Belinda Bencic, Elina Svitolina, Sofia Kenin, Kiki Bertens and Petra Kvitova rounding out the group.
Pliskova, the No.3 seed, anchors a quarter of the draw that features three former champions at the event. Pliskova won the event in 2017, and will face either Caroline Garcia or a qualifier in her first match, while Kvitova, the No.8 seed and 2018 champion, could face either 2016 winner Carla Suárez Navarro or Zhang Shuai in her first match.
2016 runner-up Jelena Ostapenko also features in this section, and will face a qualifier in her first match.
A pair of opening round matches in Doha are rematches from this week in Dubai, as No.10 seed Petra Martic faces Barbora Strycova and No.16 seed and defending champion Elise Mertens faces Wang Qiang for the second week running.
Mertens, who captured her biggest career singles title last year in Qatar, could be slated for a match against No.4 seed Bencic and others against either No.5 seed Svitolina or No.9 seed and doubles partner Aryna Sabalenka later in the draw should the seeds hold.
Rounding out the bottom half of the draw is the quarter anchored by No.2 seed Halep, who was runner-up to Mertens last year.
Into the final this week in Dubai against Rybakina, Halep will face either Anett Kontaveit or Anastasija Sevastova in her first match, while No.7 seed Bertens, returning after taking a week off following her win in at the St. Petersburg Ladies' Trophy, will face either Karolina Muchova or recent Hua Hin champion Magda Linette up first.
​