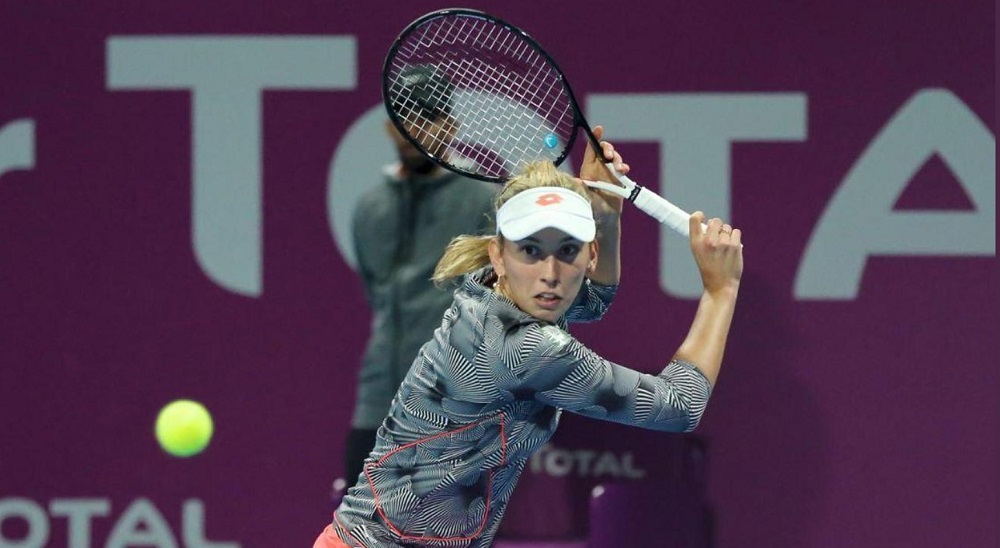 Doha, 24 February 2020 - Defending champion Elise Mertens of Belgium, the World No. 22, started her Qatar Total Open 2020 campaign on a winning note with a straight-sets 6-1, 6-2 defeat of China's Qiang Wang while her compatriot Alison Van Uytvanck also booked a place in the second round after thumping Slovenian Polona Hercog 6-2, 6-2 in just 63 minutes.

Mertens, the Belgian number one, will next face either Russian Anastasia Pavlyuchenkova or the Kazakh's Yulia Putintseva in the next round.

Meanwhile, Tunisia's Ons Jabeur, the first Arab woman to make it to a Grand Slam singles quarter-final after knocking out China's Wang Qiang in the fourth round of this year's Australian Open, had a convincing 6-3, 6-2 win over Czech's Katerina Siniakova.

The tournament, however, started badly for French women's tennis with the eliminations of Kristina Mladenovic and Caroline Garcia in the first round. Russia's Veronika Kudermova accounted for the (7-6 [6], 0-6, 6-3) defeat of Mladenovic while Bernarda Pera, a qualifier, eliminated Garcia (6-3, 6-1).

In the other matches, 2018 finalist Garbine Muguruza, the 11th seed, won 7-5, 5-7, 6-3 against Russia's Daria Kasatkina, while Czech's Karolina Muchova, a quarter-finalist at last year's Wimbledon, posted a 6-3,6-1 win over Magda Linette of Poland.