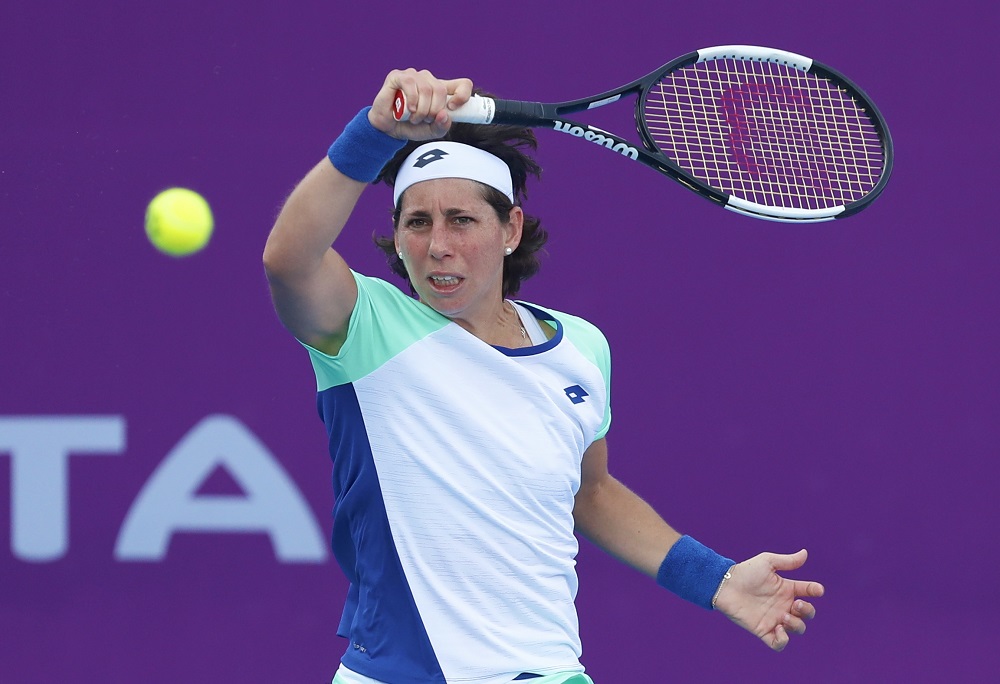 Doha, 25 February 2020 - The first major upset of the tournament was recorded on Monday with USA's Amanda Anisimova breezing past No.5 seed Elina Svitolina in straight sets.

The 18-year-old Anisimova defeated Svitolina, the 2019 US Open and Wimbledon semi-finalist, 6-3, 6-3 in just 64 minutes on Center Court to earn her biggest win of the season and book her spot in the third round of the WTA Premier 5 tournament.

Anisimova will next be up against the winner of the clash between former World No.2 Svetlana Kuznetsova and Polish teenager Iga Swiatek.

Meanwhile, Spain's Carla Suarez Navarro, the 2016 champion edged out China's Shuai Zhang 7-5, 6-0 to set up a second-round clash with eighth-seeded Petra Kvitova, the 2018 champion, today. With 12 previous matches evenly divided between them, the stage is set for what is expected to be one of the toughest matches of the Qatar Total Open 2020.

In the other matches of the day, No.7 seed Kiki Bertens started her campaign on a winning note by posting a 6-2, 6-4 victory over World No. 27 Karolina Muchova in the highly entertaining encounter that lasted 84 minutes.

Bertens, the World No.6, who reached the quarterfinals here last year, secured a 4-0 lead before sealing the first set in 32 minutes. The second set, however, was more competitive but she was able to secure the win with expert play in the key moments.