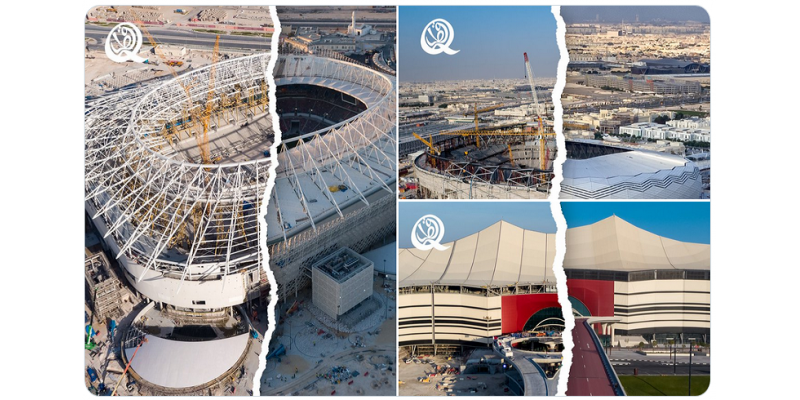 Doha, 25 February 2020 - beIN Media Group has announced that it will broadcast special shows and dedicated programmes as part of the ‘1,000 days to go until the 2022 FIFA World Cup Qatar’ initiative across its beIN Sports channels.

‘1,000 days to go until the 2022 FIFA World Cup Qatar’ begins at exactly midnight Makkah time on Tuesday, February 25, and will continue until the following midnight, beIN Media Group has said in a statement.
beIN Sports’ free-to-air channel and HD 1 channel will broadcast dedicated programmes and special shows, including historic matches and highlights from the best players in the world such as Pele, Cruyff, Maradona and Platini, as well as special clips of the historic day Qatar won the bid to host the World Cup and the history of Qatari football. The coveted FIFA World Cup trophy will also be present in the beIN Sports studio.
Commenting on ‘1,000 days to go until the 2022 FIFA World Cup Qatar’, beIN Media Group’s head of Sports Jonathan Whitehead said: “As the official broadcaster of the FIFA World Cup, beIN Sports’ main focus is providing millions of viewers with an exceptional World Cup experience. With a strong and proud footprint in the Middle East, we are tremendously excited and can’t wait for the 2022 FIFA World Cup to kick off right here in Qatar. “As we move closer to the biggest sporting event in the history of this region, we are delighted to share this historic moment with our millions of viewers across Mena.”
beIN Sports will also broadcast a dedicated show on February 25 with beIN star Mohamed Saadon al-Kuwari, Egyptian legend Mohamed Abutrika, Qatari football legend Mubarak Mustafa and guests from the Supreme Committee for Delivery & Legacy.
Competitions will also be held for all fans participating on beIN’s official social media accounts.