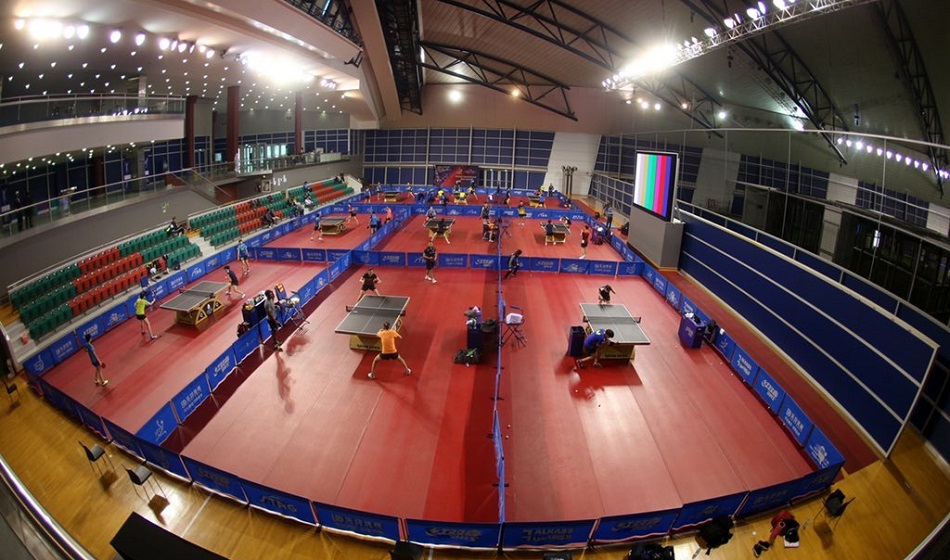 Doha, 3 March 2020 - The 25th edition of the Qatar Open will be begin from today, with top table tennis stars in action at the Aspire Dome. The stellar cast will be led by Chinese paddlers Fan Zhendong and Xu Xin, the top two seeds in the men's and women's section respectively.

The tournament will be held until March 5-8 event and a staggering $400,000 in prize money in five categories, with the preliminary matches scheduled for today and tomorrow. The Qatar Open is a Platinum Series event on the ITTF World Tour and is the second out of six Platinum Series, as the players fight for points to qualify for the season ending 2020 ITTF World Tour Grand Final from 10-13 December. There are five titles on offer: men's and women's singles, men's and women's doubles and mixed doubles.

Reigning women's world champion Liu Shiwen will skip the tournament due to injury, with the Chen Meng, Sun Yingsha, Mima Ito and Wang Manyu the contenders for the title.

Shiwen – the 29-year-old former world No 1, a record five-time World Cup title holder, had registered to participate in the women's singles and mixed doubles at the Qatar Open before sustaining an injury on her right elbow. The men's category will see the absence of Timo Boll and Dimitrij Ovtcharov.

Amid concerns over the spread of Covid-19 coronavirus in China, the Chinese team has cancelled all competitions, training and activities in China, and a selection of leading Chinese paddlers have stayed Doha for nearly a month after the German Open.

Al-Mohannadi, who is the President of the Qatar and Arab Federations and the Chairman of the Local Organising Committe (LOC) said the championship prize money has been increased from $300,000 to $400,000 and that the mixed doubles segment is an official qualifying competition for the 2020 Tokyo Olympic Games. “We, as the LOC, have finished all preparations and arrangements to host the event. We are expecting another great edition of the Qatar Open," he added.

The winner of the men's and women's singles competitions will take home $44,000 each while the beaten finalist in both classes gets richer by $22,000. “We wish everyone on this occasion to celebrate the silver jubilee of the Qatar Open. The number of countries participating in 2020 Qatar Open is 53 countries. The players have arrived and we are set to stage six days of non-stop table tennis matches," al-Mohannadi added.

Meanwhile, Qatar Table Tennis Association (QTTA) held a series of meetings with ITTF officials and top representatives of regional federations yesterday. “Around 80 officials are present in Qatar, including the ITTF President Thomas Weikert and 44 officials of the Executive Committee of the world body," al-Mohannadi said.

He informed that a few countries had pulled out of the main draw citing coronavirus concerns.  “We, as the Local Organising Committee, are following up with Qatar's Ministry of Health and other top officials first-hand on the matter. We were fortunate that the first Chinese squad including the world's top seed were in Qatar for a month ago to set up their preparatory camp," al-Mohannadi said.

Meanwhile, Thani al-Zarraa, the Director of the National Teams, said there will be a large number of Qatar players participating the tournament in various categories. “Our players are ready to participate in the tournament and we hope that they will represent Qatar in the best manner possible," al-Zarraa said.