Strong field sets the stage for thrilling action at ECGC 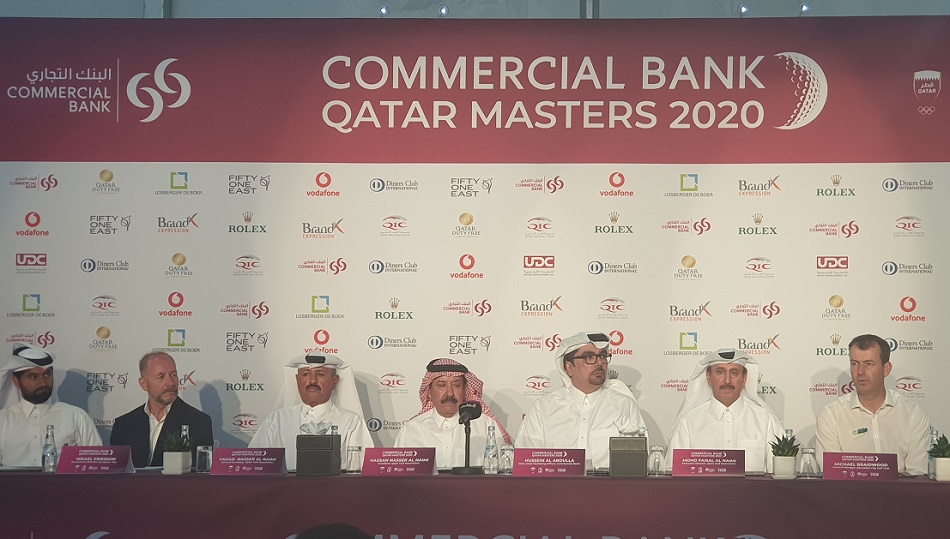 Doha, 4 March 2020 - The 2020 Commercial Bank Qatar Masters has an “exciting" field in its 23nd edition, with several past champions and many upcoming stars lining up at the newest golf course on the European Tour, the Education City Golf Club (ECGC).

“It's a very exciting field this week. It's a strong field having a lot of past winners with upcoming stars," European Tour tournament director Mikael Ericsson said at a pre-event press conference yesterday.

The $1.75mn event is being held from March 5-8 for the famous Mother of Pearl Trophy at the new venue where the conditions will be challenging.

|“It's a great course, but it will be a tough task for the players this week as it will be pretty windy on the first day and we will make it more challenging with tough pin placements and firmer, faster greens," Ericsson said.

The event has moved across the Qatari capital from Doha Golf Club for the first time in its 23-year history to Education City Golf Club — a landmark project for Qatar — which offers a revolutionary and holistic approach to growing the game.

Designed by two-time Masters Champion Jose Maria Olazabal, the venue at Education City comprises of 33 holes split into three courses; 18 holes, nine holes and six holes. The exciting new venue expects to not only challenge the European Tour stars but to entertain local and international spectators with its unique views of the Doha skyline and the 2022 Education City World Cup Stadium.

“We have been reaching out to school students through our campaign. We have been supporting Qatar National Vision 2030, which basically aims to spread sport and education. We have done a lot of education awareness among the schools, malls, social media," said al-Abdulla.

“Every year, Commercial Bank tirelessly works to deliver the best golf experience for participants and players, as well as spectators and enthusiasts, which is why we have organised and scheduled in cooperation with the Education City Golf Club visits to various schools and universities in Doha to raise awareness on this sport amongst students.

“The main goal of this campaign was to raise awareness about this fascinating game and to educate the public in Qatar, in particular community members aged between three and 25, in order to make them more familiar with the game, its techniques and values. We are pleased to announce that we have succeeded in educating around 9,000 students from several schools and universities in the country," he said.

“This year marks the forty-fifth anniversary of the Commercial Bank, in addition to being the fifteenth year of the bank organising the Qatar Masters tournament. The bank's organisation of this tournament as the title sponsor is a solid indication of the success of this event over the years, and it is something we are proud of," said al-Abdulla.

Speaking on the occasion, Qatar Golf Association president Hassan Nasser al-Naimi said it is a proud moment for Qatar that the event is being held at a new venue.

“Qatar Golf Association and Doha Golf Club are proud to host the 2020 Commercial Bank Qatar Masters at Education City Golf Course. I would like to thank out title sponsors Commercial Bank for their continued sponsorship. Hope we will continue it here for the coming few years," he said.

Two of Qatar's most promising players – Saleh al-Kaabi and Ali al-Shehrani – will also rub shoulders with the elite of the European Tour during the event.