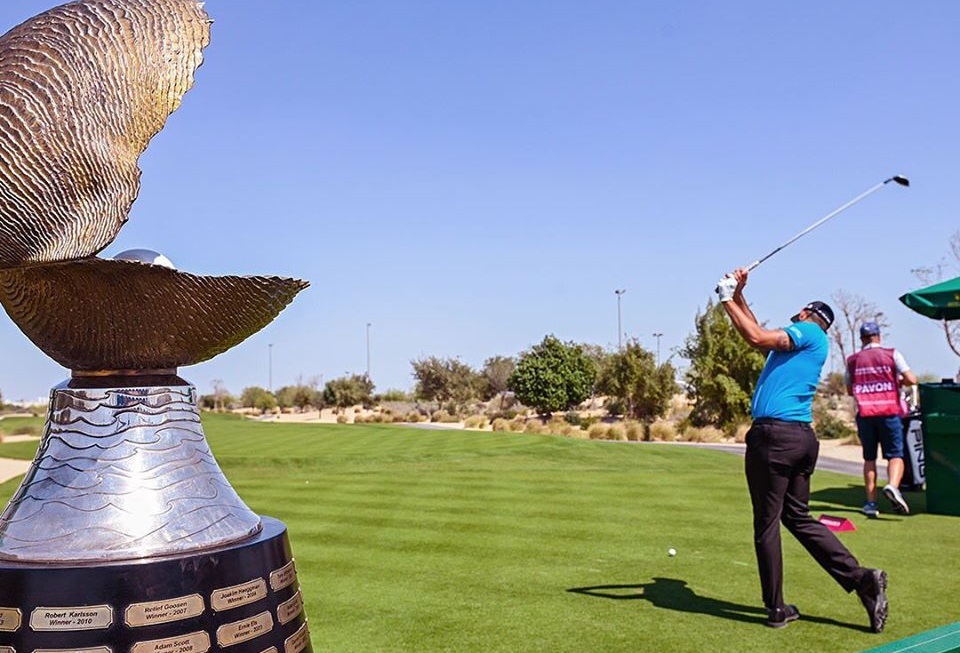 Doha, 8 March 2020 - Jorge Campillo continued his superb form and carded a third-round 67 to take a one-shot lead into the final day of the 2020 Commercial Bank Qatar Masters.

The Spaniard started the day in a share of the lead and picked up five shots in six holes around the turn to move three ahead and into a commanding position at Education City Golf Club.

But a pair of bogeys on the back nine in the increasing wind meant he came home in level par for a 14 under total, just one clear of Scot David Drysdale and Dane Jeff Winther.

Drysdale was bogey free in a 64, while Winther also made seven birdies with a single dropped shot in a 65.

Another Dane in Benjamin Poke was then at 12 under, a shot clear of Swede Alexander Björk and Spaniard Pablo Larrazabal.

Drysdale is playing his 498th European Tour event this week as he looks for a maiden victory, while a win for Winther would come at the 97th attempt as he establishes himself fully on the European Tour after three successful trips to the Qualifying School.

Campillo's first victory at last season's Trophée Hassan II came at the 229th time of asking as he secured five top fives in six starts, but he has had just one top ten since.

Winther made a fast start, birdieing his first three holes to share the lead and keeping his place at the top of the leaderboard with a 30 footer on the fifth.

After starting with four pars, Campillo holed from eight feet at the fifth to get back into a tie.

A 15 footer on the seventh put Winther out in front but Campillo laid up and put his third to three feet at the par five sixth to get to 12 under.

Winther found the water on the seventh to surrender a bogey and when Campillo made a third gain in a row on the seventh after a lovely approach, he led by two.

A 40 foot putt at the ninth moved him three ahead and while Winther holed from 15 feet at the 11th to trim the lead, a Campillo chip-in at the tenth opened the lead back up to three.

Campillo three putted the 12th but needed only two on the par five next to stay three ahead of a group of players that now included Drysdale.

The 44-year-old birdied the first, second, fifth and sixth to turn in 32, and saw his eagle putt lip out as he made a birdie on the 13th.

Another gain came on the next to put him in a share of second and he put his approach to the 17th to tap-in range to become the nearest challenger.

Campillo three putted from just off the green at the 15th to see his lead cut to one and Winther holed a ten footer on the 17th to join Drysdale.

Poke - who won the final stage at Qualifying School in convincing fashion - birdied the second, sixth and seventh but dropped a shot on the ninth before making gains on the tenth and 13th. A monster putt on the 15th and a 12 footer on the 17th had him within one but he failed to get up and down from the sand on the last.

Larrazabal made two eagles and six birdies as he matched the lowest round of the week - and the fledgling course record - with a 63, while Björk made three birdies and a bogey in a 69.