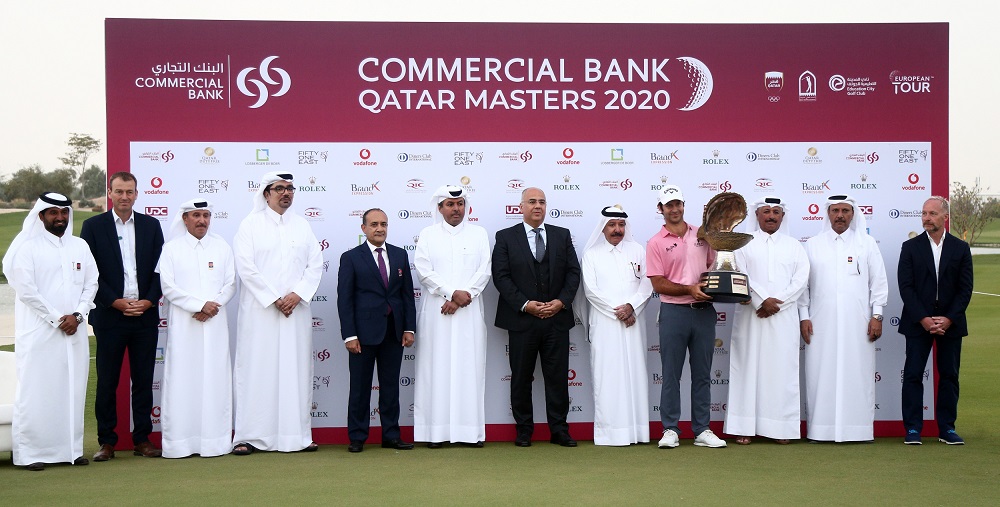 Doha, 9 March 2020 - Jorge Campillo almost threw it away with a double bogey on the 17th hole before finding his range in the play off to edge David Drysdale for his first Commercial Bank Qatar Masters title on Sunday.

The Spaniard, who played the most consistent golf in the final three days at the Education City Golf Club in Doha, was in a comfortable position with a two-shot lead with just two holes to play, but a double-bogey allowed Drysdale to catch up and take the fight to the play-off.

Campillo then pulled off two exquisite birdie putts to keep himself in the battle as it was all square in the first four play-off holes.

The 2019 Trophee Hassan II winner then had another birdie in the fifth hole and this time Englishman Drysdale failed to match him, handing the 33-year-old the beautiful Mother of Pearl Trophy and his second European Tour win.

"I'm just so proud with the way I played in the play-off," said Campillo.

"I hardly missed a shot and I was able to make some putts.

"I hit some good shots in the middle of the round but you have to be patient, you have to try hard. I knew I was going to make some putts. It was a tough win but I'm glad I pulled it off," he said.

Earlier, Jeff Winther of Denmark had put himself in contention with two birdies in a flawless front nine but three bogeys, in the 12th 16th and 17 holes ended his hopes.

Winther finished tied third with 12 under par 272 along with Swede Niklas Lempke, who made a big move on Sunday with a six-under-par 65, and Finlands Kalle Samooja.

Alexander Bjork of Sweden finished a shot behind in 6th while five players - Pablo Larrazabal of Spain, Englishman Chris Paisley, South African George Coetzee, Nino Bertasio of Italy and Marcus Kinult of Sweden - took a share of the seventh position.

Last year's champion Justin Hardin of South Africa finished with six-under-par 278 for joint 28th with 10 others including India's SSP Chawrasia while Danish teenager Nicolai Hojgaard, who led on the opening day with a dazzling 64 never came anywhere close after that and finished joint 53rd on 282.