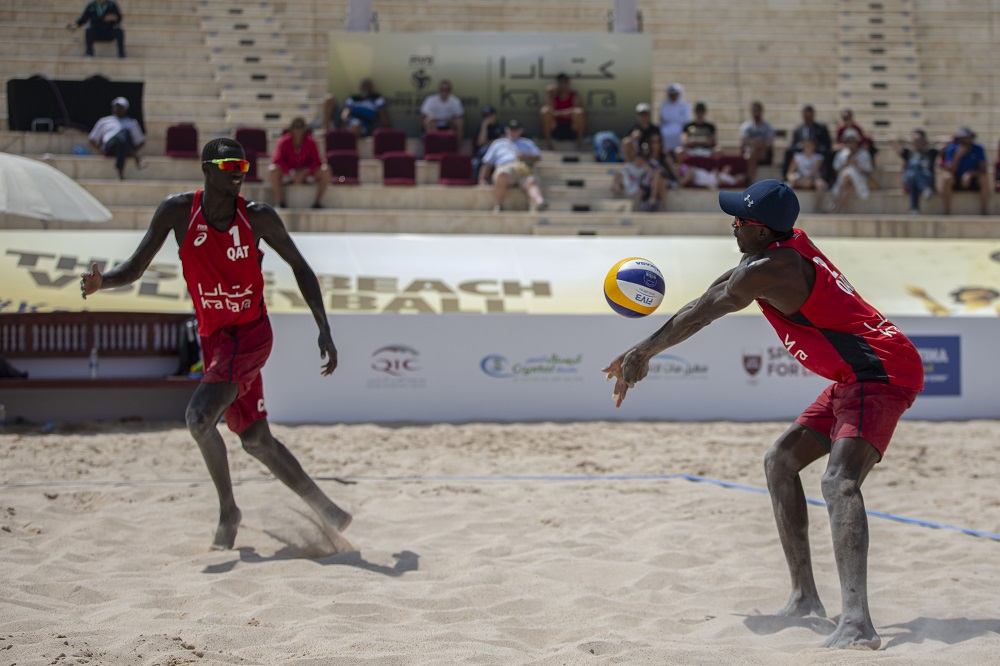 Doha, 12 March 2020 - Qatar's Ahmed Tijan and Cherif Younousse suffered a 0-2 defeat against Italy's Daniele Lupo and Paolo Nicolai at the knockout round of the 4-Star Katara Beach Volleyball Open on Wednesday.

On the other hand, Michal Bryl and Grzegorz Fijalek had to push themselves to the limit to reach the quarter-finals yesterday with a come from behind win over Aleksandrs Samoilovs and Janis Smedins.

Joining them in the quarter-finals are Taylor Crabb and Jacob Gibb who are one of two USA teams, along with Nick Lucena and Phil Dalhausser, to progress.

The men-only tournament in Doha is running from March 9-13 at Katara Cultural Village in the north of the city. It is the second of nine 4-Star events on the 2019-2020 calendar and the winners will leave with 800 ranking points.

Qatar has built up a strong tradition of hosting World Tour events since it hosted its first in 2014. Two more followed in 2015 and 2016, then in 2018 the tournament grew from a 3-Star tournament to a 4-Star tournament.