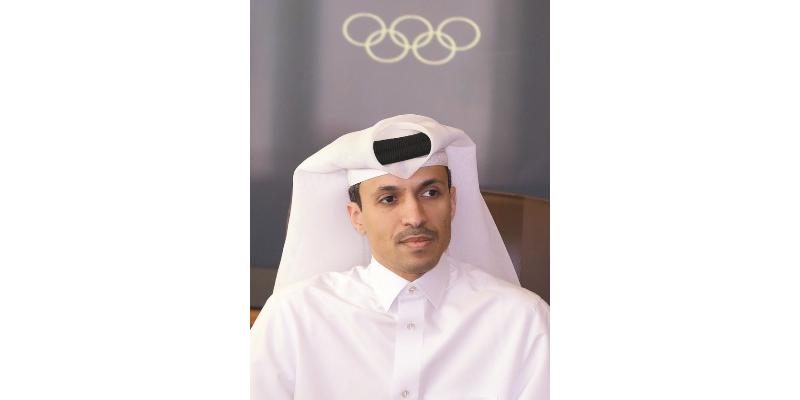 Doha, 24 March 2020 - The Qatar Olympic Committee (QOC) participated in a conference call between the International Olympic Committee (IOC) and the Asian National Olympic Committees (NOCs) to discuss the principles established by the IOC Executive Board (EB) in relation to the Olympic Games Tokyo 2020.
The Asian NOC family was unanimous in expressing its ongoing support for the leadership of the IOC during this unprecedented crisis.
During the call, IOC President Thomas Bach also thanked Qatar for all its efforts in supporting refugees through sport, contributing to the development of the Olympic Movement and hosting the Chinese table tennis team during the crisis.
Following the call, the QOC Secretary-General Jassim Rashid al-Buenain said, “After the conference call between the IOC and NOCs, the QOC reiterates its full support of the IOC’s position regarding Tokyo 2020.
“The outbreak of Covid-19 has caused great disruption to the entire sporting calendar, including the Olympic qualification pathway, and the QOC is grateful that the IOC is putting athletes at the heart of its decision-making process on how to proceed. The QOC is helping its athletes prepare as best they can under the difficult circumstances, bearing in mind that the health and well-being of the Qatari population, and everyone around the world, is the key priority at this time,” he added.
Earlier, International Olympic Committee President Thomas Bach had said that it is too early to decide on postponing the upcoming Olympic Games - Tokyo 2020, slated for next July.