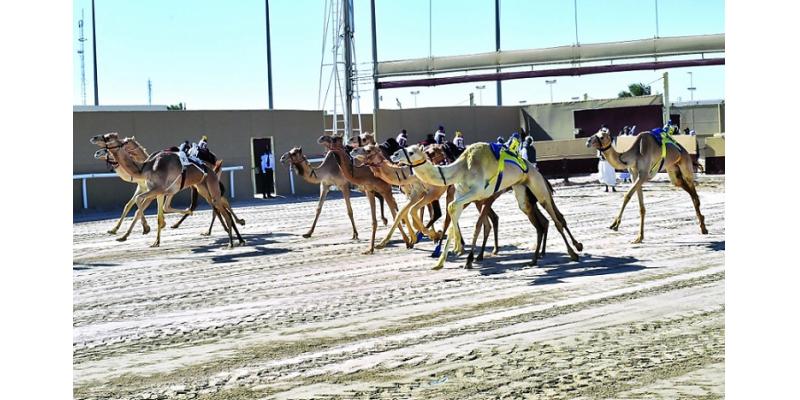 Doha, 24 March 2020 - The Camel Racing Organizing Committee has announced the cancellation of the annual festival of  Purebred Arabian Camel on the sword of Amir H H Sheikh Tamim bin Hamad Al Thani, and final Qatar festival of the end of camel races for the season (2019-2020).
The festival of  H H the Amir was scheduled to take place from April 4 for 12 days, after which the Qatar Challenge Festival will be held at the end of the season’s races at the end of April.
The Committee said, in a statement  posted on its official website, that the decision to cancel the festivals of H H the Amir and the challenge of Qatar came within the framework of the great efforts of the State to combat the spread of coronavirus (COVID-19) and in implementation of the decision of
H E the Prime Minister and the Minister of the Interior to impose precautionary measures, including banning gatherings in  public places.
The Committee decided to prevent all forms of gatherings in the vicinity of the camel race fields, from today until further notice, in order to preserve the lives of citizens and residents.
Hamad Mubarak Al Shahwani, Director of Administrative Affairs of the Organizing Committee for Camel Racing, described the decision to cancel the rest of the festivals and end the sports season races, as  natural  since it is in line with the general policies to preserve the safety of all.