Soud al-Thani and Saeed al-Sulaiti impress in round one 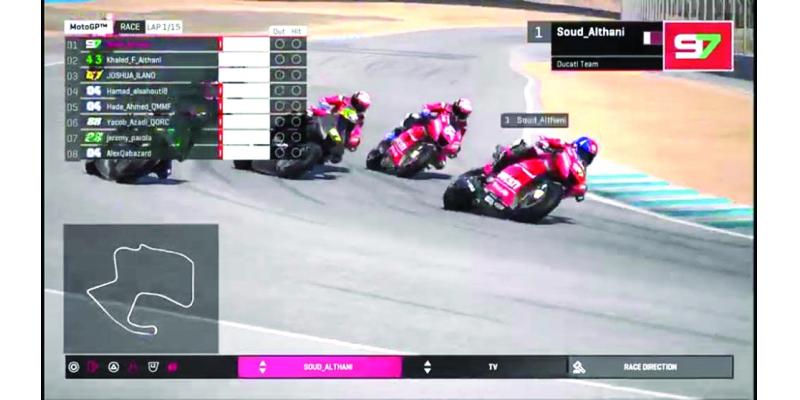 Doha, 12 May 2020 - Soud al-Thani and Saeed al-Sulaiti emerged triumphant in their respective groups in the first round of the Qatar Online Racing Championship for bikes on Sunday night.
The two riders mastered the virtual Laguna Seca circuit in California as they showed their skills on MotoGP 19 PS4.
The event is organised by the Qatar Motor and Motorcycle Federation for bike racing connoisseurs after the virtual series for cars received an overwhelming response.
Al-Sulaiti, a three-time Qatar Superstock champion, proved to an expert in the virtual racing as well as he topped the Group B. Kuwaiti riders Mohamed Zaidan and Ali Ahmed finished second and third respectively behind al-Sulaiti. In Group A, Soud al-Thani was followed by Jeremy Parola in second and Hade Ahmed in third.
The second round of the races will be held today, with the third qualifying round set for Thursday. The top 12 riders after the group stage will qualify for next week’s final round of three races.
In total 21 riders have signed up for the championship, including four from Kuwait. The race format consists of qualifying for 15 minutes, followed by the race for 30 mins.