Eto’o: This is our generation’s challenge of a lifetime and we must remain patient and united to overcome it 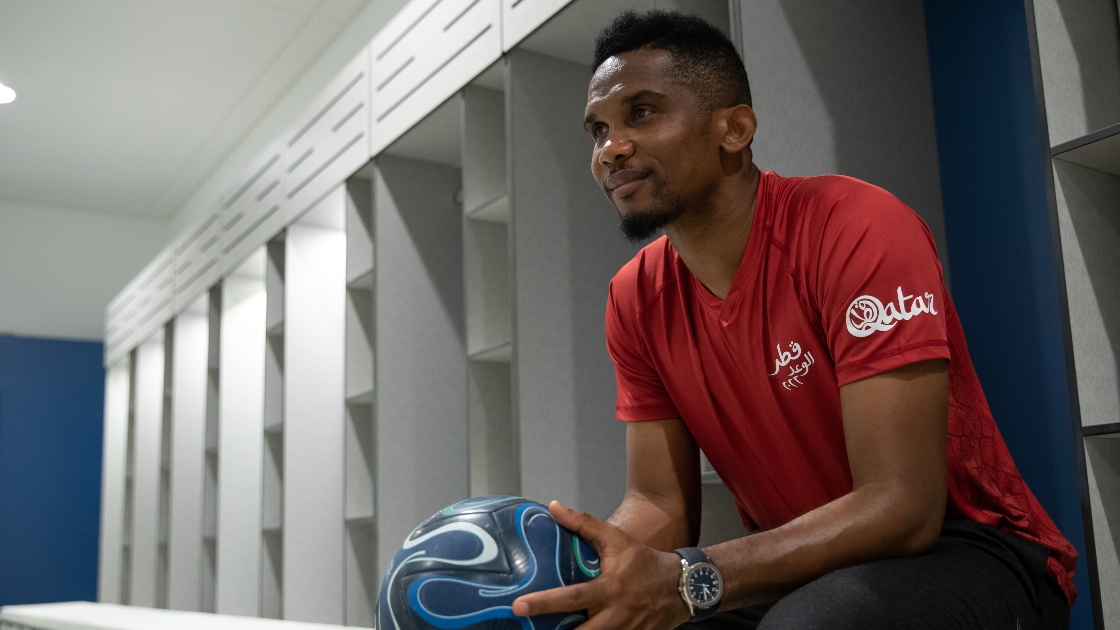 Doha, 3 June 2020 - So far, 2020 has been a year like no other in our lifetime. As Covid-19 sweeps through continents, countries and communities in every corner of the world, it is fair to say that our generation has never faced anything like this before.

So, before I begin this piece, I would like to send my thoughts and prayers to everyone who has been affected by this terrible virus, and express my gratitude to all of those working in key sectors to look after those who are sick – especially the frontline healthcare workers who are risking their lives every day for the rest of us.

And a word of praise too for those in other jobs – supermarket and pharmacy workers, cleaners, aviation staff and many other sectors; all working to keep life as relatively normal as possible for the rest of us during this troublesome time. Sports men and women are often described as heroes in the media, but what we do pales into insignificance when you see what these people across the world have done over the past few weeks and months – they are the real heroes and my heart goes out to them all.

Indeed, it is at times like this that sport seems irrelevant. Leagues, tournaments and events have rightfully been postponed across the world. While this is obviously a necessary measure, I feel it is important – while never wishing to trivialise matters – to say that when this is all over, we must also look towards the joy that sport can bring to our global community. While this virus has divided and isolated, sport can unite and connect.

My friend and fellow SC ambassador Tim Cahill wrote recently about the unifying power that major events such as the World Cup and Olympics can have on repairing hearts and minds. I could not agree with Tim more, and I wish to echo his words and sentiments here.

Football was my outlet

I think back to my own childhood in Africa. I was born into a family of seven. I grew up in a town not far from Yaoundé, the political capital of Cameroon, and until I was seven or eight years old, I lived there. Then my parents moved to Douala, which is the economic capital, after my father took a job as an accountant for a large construction company.

Like billions of others, I grew up playing football in the street with other children. All of us together. Every day. Life revolved around meeting my friends and kicking a ball around. This terrible situation has forced everyone indoors. For many of them, football is their outlet – from poverty, from loneliness, from sadness – and to take it away is heartbreaking. But it’s a sacrifice that must be made in order to help the most vulnerable in our societies.

During the pandemic, I have been thinking about the wonderful memories football brought me during my childhood. I lived and breathed football – but my parents were very hard on me.

They did not accept the fact that I played football because to them football was something children played if they didn’t go to school. I was obviously going to school and I was not a bad student, but I had a passion, which was football.

I vividly remember one day I played a game in my city and I had to hide in order to go play. What I didn’t know is that my dad was with some friends in the bar in front of the field. Everything I did that day in that game gave me my pass to play football freely. Because my parents did not know (until that moment) that I seemed to have a natural talent for the game.

I was the hero of my neighbourhood after that game. That day, when I returned home, my father arrived a little later and said: “You are so good, I saw your match today. I’m going to talk to your mother so you can keep playing.” That is how he gave me a pass to keep playing. I was about 12 or 13 years old. From that moment on there was no looking back. I had the blessing of my father and you could not keep me off that football pitch. Day or night. From there, it was one or two years before I went to Europe, and my life changed forever.

In the present, we must only think about getting through this time together. As a child – like millions of others – I learned how to overcome adversity; challenges that felt like they would never end, tunnels that didn’t seem to have a light at the end and, at times in new countries, isolation.

These are all feelings and emotions I’m sure many of us have been feeling recently, relating to this current pandemic. But I think back to my attitude then, and draw upon some of those characteristics I developed while working hard to make my way in the world as a young man.

Some of these thought processes are valuable now. To maintain and to carry on thinking – ‘this isn’t forever, soon things will change and when they do, we must be ready – and we will never take the small things in life for granted again’.

There are many things that will help us get through this. Small acts of kindness, for neighbours, for friends, for loved ones can mean the world to people who may be feeling lonely, cut off, bored or inactive. Once things improve, sport – in particular football – will play a huge role in uniting people again and lifting spirits.

It has also been heartening to see so many initiatives taking off online. I saw Generation Amazing’s virtual training sessions that started recently. As I mentioned above, having football taken away as a kid would have been unthinkable to me, so it is admirable that Generation Amazing – which I am proud to call myself an ambassador for – has been so proactive in ensuring the young people of Qatar and around the world have an outlet to exercise, play football and continue to feel connected to the World Cup.

I look forward to getting involved with the programme again – online and in person – in the near future.

But for now, it really is one day at a time. So, I would just end this by saying to everyone: keep safe, stay at home and enjoy the time with your loved ones. And when all this is over, let’s join together and show the world how football can be its greatest unifying force.