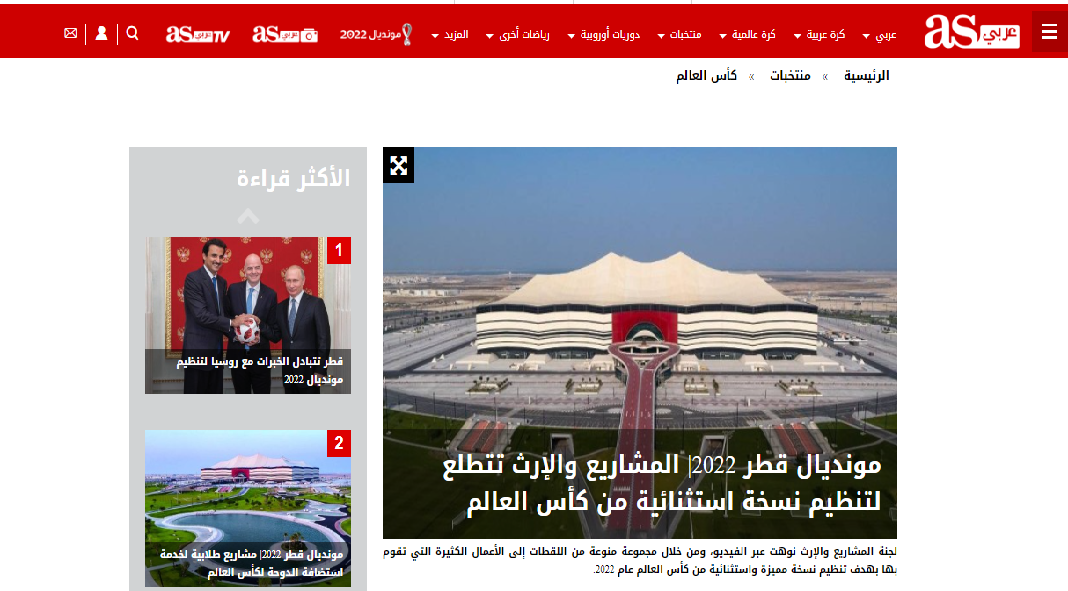 Spanish newspaper Diario AS: "With two and a half years remaining until kick-off the first FIFA World Cup match in 2022, the Supreme Committee for Delivery & Legacy (SC) announced entry into a new phase of work to organize an exceptional edition of the World Cup, the first of its kind to be hosted in the Middle East.

The SC announced the update of its official account on Twitter: A new name … a new look! We begin with you today a renewed journey to update you on our preparations to organize the FIFA World Cup Qatar 2022™ . We continue our journey towards hosting the first tournament in the Middle East and Arab world."