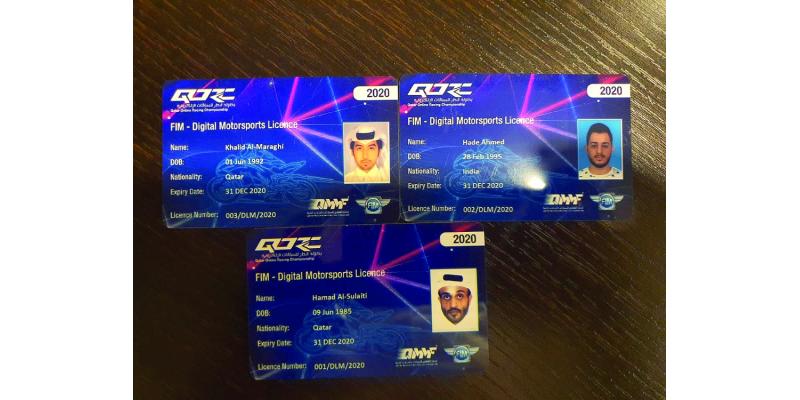 Doha, 7 June 2020 - The third series of the Qatar Online Racing Championship (QORC) for rally cars will be held from today. The online competition, conducted by the Qatar Motor and Motorcycle Federation (QMMF) has gained in popularity after it was held for cars and bikes in the last two months.
In total 27 competitors have registered for the championship, with Qatar’s T3 category rally champion Adel Abdulla in the fray. Ahmad al-Kholy and Saeed al-Sulaiti, who won the cars and bikes QORC championships respectively, will once again be the strong contenders.
The two-week event has also attracted racing connoisseurs from Kuwait and Oman giving it a regional flavour. Oman has two participants in Ammar Balushi and Zakariya al-Ofi, while Kuwait is represented by Mishari al-Thefiri, Mohamed al-Thefiri and Mohamed al-Abdalrazzaq.
QMMF Executive Director Amro al-Hamad said: “This is the first regional championship in the Middle East. QMMF are the first in everything and we will always world hard to be.”
The official game / console for participation is World Rally Championship 8 on PS4. Competitors are divided randomly into four groups (A, B, C & D), with the maximum number of participants in each group being seven. The first race will begin at 5pm today and will be streamed on QMMF’s YouTube channel.
Today’s race is set in Sweden’s snow terrain, while Tuesday’s race will be held in France’s asphalt terrain. The final qualifying race on Thursday will be held in Argentina’s gravel terrain). The top six qualifiers will make it to the final week, with the winners receiving QR15,000 in prize money. The runner-up will take home QR13,000, while third-placed competitor will get QR10,000.